Amitabh Bachchan took to Twitter to post a picture of him in a Chelsea jacket, sending fans into a frenzy. 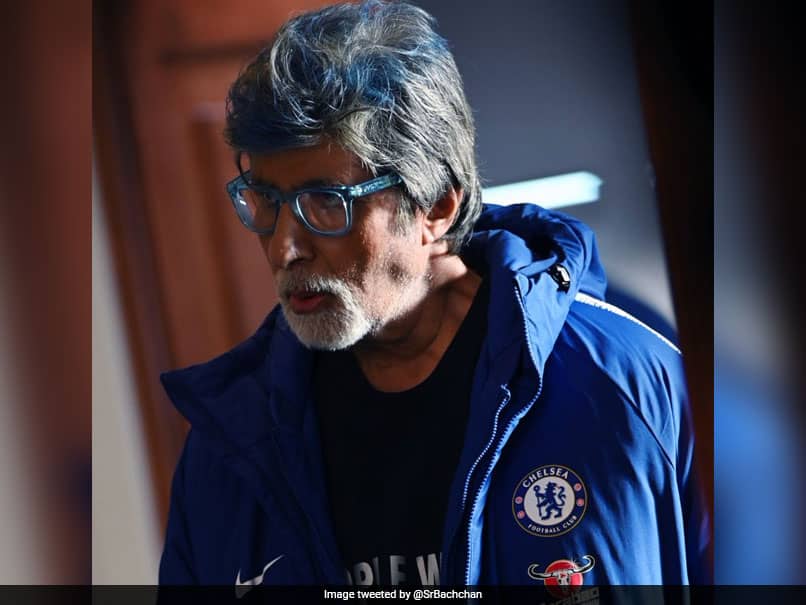 Amitabh Bachchan posted a picture of him wearing the Chelsea jacket.© Twitter

Amitabh Bachchan sent the world of Twitter into a tizzy after a tweet on Chelsea Football Club. The Bollywood megastar's son Abhishek Bachchan is a known Chelsea fan, but few knew where Sr Bachchan's loyalties lay in the Premier League. But Amitabh Bachchan's "blue" tweet has cleared any doubts that fans might have had. Posting a picture of him wearing the Chelsea jacket, Amitabh Bachchan wrote: "streaks of 'blue'.. in the hair for you.. but the 'blues' on chest.. for all the rest .. Chelsea be the best!!"

Fans of the club swarmed Amitabh Bachchan's post to express their delight.

You are the Best, Chelsea be the best!
Lots of love pic.twitter.com/kh4LHU2cHP

This has made my day!! To see one of my all time favourite actors supporting @ChelseaFC is a fantastic feeling.

Why do you and your son Support Chelsea any unknown connection ??!!

My son is a die hard Chelsea fan

Amitabh Bachchan though will not be a happy man after Chelsea's underwhelming start to the new season. With club legend Frank Lampard returning to manage the team, Chelsea lost their opening Premier League fixture to Manchester United at Old Trafford 0-4.

This was followed by a loss on penalties to Liverpool in the UEFA Super Cup.

On Sunday night, Chelsea drew 1-1 against Leicester City at Stamford Bridge. Chelsea's vibrant start was replaced by a woeful collapse that could easily have led to a Leicester winner.

Lampard insisted tiredness was part of the problem as Chelsea wilted following their draining penalty shoot-out defeat against Liverpool in the European Super Cup on Wednesday.

While the long trip back from Istanbul took its toll on Chelsea in the second half, Lampard wasn't happy with the way his team failed to capitalise on their early dominance or with their failure to manage the game better.

The first 25 minutes was how we want to play and the rest of it wasn't. We left far too many spaces. That was a disappointing thing for me that we couldn't sustain the early part of the game," Lampard said.

"I don't expect that 100 miles an hour start to be maintained all the time but we have to keep the ball better when we rest.

"We have to have more personality, we saw that in midweek, but today we didn't have that," added the Chelsea legend.

Leicester City Frank Lampard Football
Get the latest updates on IPL 2021, IPL Points Table , IPL Schedule 2021 , live score . Like us on Facebook or follow us on Twitter for more sports updates. You can also download the NDTV Cricket app for Android or iOS.