Joel Matip has made 107 appearances for Liverpool, including last season's Champions League final win over Tottenham in Madrid. 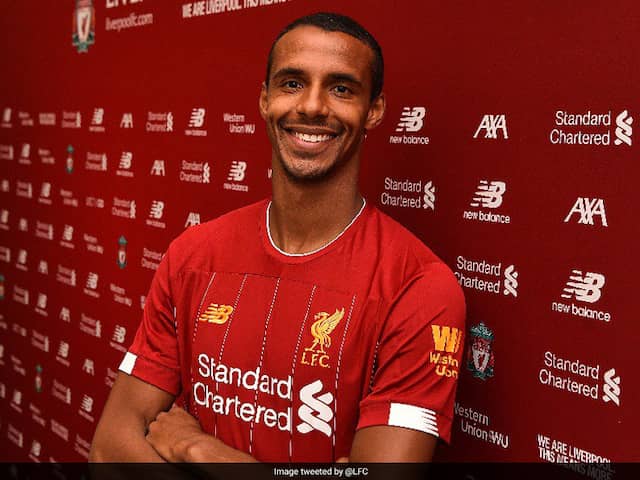 Liverpool defender Joel Matip signed a long-term contract extension with the Premier League leaders on Friday. Matip's existing deal was due to expire at the end of this season, but the former Cameroon international has now committed his future to Jurgen Klopp's side. Liverpool didn't reveal the length of Matip's new contract, but media reports said the centre-back would now be tied to Anfield until 2024.

"It's a great feeling to be a longer part of the club. When you are inside, then you really get a feeling for how big the club is," Matip told Liverpool's website.

"We have a young and talented team and I think every one of us is hungry. Now we've seen how it is to win something and we want to have that feeling again.

"There are a lot of things still to achieve. You never know how it will end, you just have to work hard and do the best you can do. Then we will see.

"It is an honour to be a part of the club. It makes me happy that people think I've done a good job and they want to keep me."

Matip joined Liverpool on a free transfer from German club Schalke in 2016.

The 28-year-old has established himself as Virgil van Dijk's partner at the heart of Liverpool's defence, holding off competition from Joe Gomez and Dejan Lovren.

He has made 107 appearances for Liverpool, including last season's Champions League final win over Tottenham in Madrid.

Matip is set to return to the Liverpool side for Sunday's trip to bitter rivals Manchester United after missing the last two games due to an unspecified "knock".

Joel Matip English Premier League Football
Get the latest Cricket news, check out the India cricket schedule, Cricket live score . Like us on Facebook or follow us on Twitter for more sports updates. You can also download the NDTV Cricket app for Android or iOS.