Jurgen Klopp said that buying a player of Kylian Mbappe is difficult and that he doesn't see any club that can currently buy him from PSG. 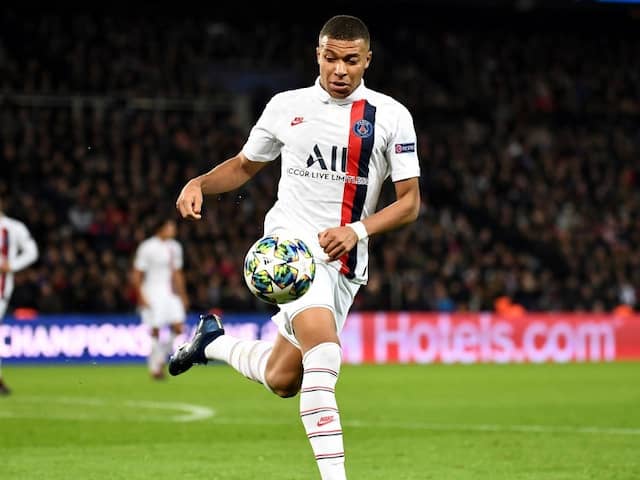 Jurgen Klopp said he had been keen to sign Kylian Mbappe in 2017, before his move to PSG.© AFP

French star Kylian Mbappe is out of Liverpool's price range, the Premier League leaders manager and long-time admirer Jurgen Klopp says. The 20-year-old Paris Saint Germain striker -- who was instrumental in France's lifting of the 2018 World Cup -- has been linked with Real Madrid. This gathered momentum earlier in the week when Real's coach Zinedine Zidane remarked that Mbappe had always said it was his dream to play for the Spanish side.

Klopp, speaking ahead of Sunday's clash with second-placed Manchester City, had been keen to sign Mbappe in 2017 and met with the player and his entourage.

PSG are seeking to extend his present contract and if they were reluctantly to allow him to leave are believed to want more than the record fee of 198 million pounds they paid Barcelona for Neymar in 2017.

"Buying this calibre of player is difficult," Klopp was cited in Saturday's The Times as saying.

"I don't see any club at the moment who can buy Kylian Mbappe from PSG.

"I don't see any club. That is how it is. And we are involved in these clubs who cannot do it. Easy as that.

"OK, from a sporting point of view, there are not a lot of reasons to not sign him.

"What a player he is. It is about the money of course. No chance. Absolutely, no chance. Sorry for killing that story."

Klopp, whose side have a six point lead over champions City heading into their match at Anfield, said the minimalist level of activity from him in the transfer market in the close season was down to the money being asked for their targets.

"The players we thought about to make this team better were really expensive and we could not spend the money," said the 52-year-old German.

"To see a player better than him, or with potential to be better or play exactly the same as him is really difficult.

"That is what it was. That was the situation.

"It was not that we were not ready, but we did not want to make five or six changes. Not at all.

"This team is at a wonderful age, there is still space for improvement, completely fine."

Klopp, though, said it is easier than when he first arrived in 2015 to attract top level players to Liverpool.

"I don't think we have to compare with Man City," said Klopp.

"I have no idea which kind of player wants to go to Man City, but good players obviously did it in the last couple of years, there is no doubt about that.

"There are reasons, good reasons why players want to join us, that is clear.

"I don't think we struggle with convincing players."

Paris SG Kylian Mbappe Jurgen Klopp Football
Get the latest Cricket news, check out the India cricket schedule, Cricket live score . Like us on Facebook or follow us on Twitter for more sports updates. You can also download the NDTV Cricket app for Android or iOS.