Varun Aaron has been out of the Indian team for a while and is hopeful of making a comeback. 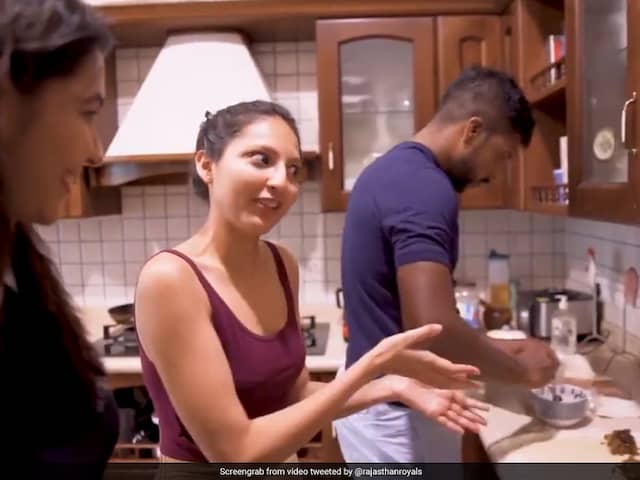 Varun Aaron last played for India in a Test match against South Africa in 2015.© Twitter

Rajasthan Royals celebrated the World Food Day 2019 with a video of fast bowler Varun Aaron baking for his wife Ragini and friends. "Food = happiness! We're celebrating #WorldFoodDay with our very own @VarunAaron showcasing his baking skills!" Rajasthan Royals, the winners of Indian Premier League inaugural edition, captioned the minute-long video on Twitter. The United Nations' Food and Agriculture Organization was founded on this day in 1945 and therefore World Food Day is celebrated every year on October 16 across the globe.

"Happy wife is equal to a happy life," chef Varun Aaron can be heard saying in the video.

"This is for your friends who are coming in evening," Varun's wife Ragini join in.

"Each time whenever a guest comes, half of the time I am just sitting right there, waiting for the food to get ready because the chef is in the shower," she adds.

The 29-year-old fast bowler has played nine Tests and as many One-day International matches for India. He has claimed 18 wickets in Tests and 11 in ODIs.

Aaron last played for India in a Test match against South Africa at Bengaluru in November 2015.

In the IPL, Aaron has claimed 42 wickets in 47 matches with an economy of 8.74 runs per over. He has represented Kolkata Knight Riders, Delhi Capitals (then Delhi Daredevils), Royal Challengers Bangalore and Kings XI Punjab before Rajasthan Royals in IPL.

During the IPL 2019, Aaron had expressed his hope to make a comeback to Indian team. He had claimed that if he is able to bowl at his potential, he's sure he'll be able to stage a comeback in the team.

Rajasthan Royals Cricket
Get the latest updates on IPL 2020, check out the IPL Schedule for 2020 and Indian Premier League (IPL) Cricket live score . Like us on Facebook or follow us on Twitter for more sports updates. You can also download the NDTV Cricket app for Android or iOS.