Watch: On This Day In 2019, Jos Buttler Smashed Second-Fastest ODI Hundred For England

On May 11, 2019, Jos Buttler smashed the second-fastest hundred for England -- he also holds the record for the quickest ton for his country. 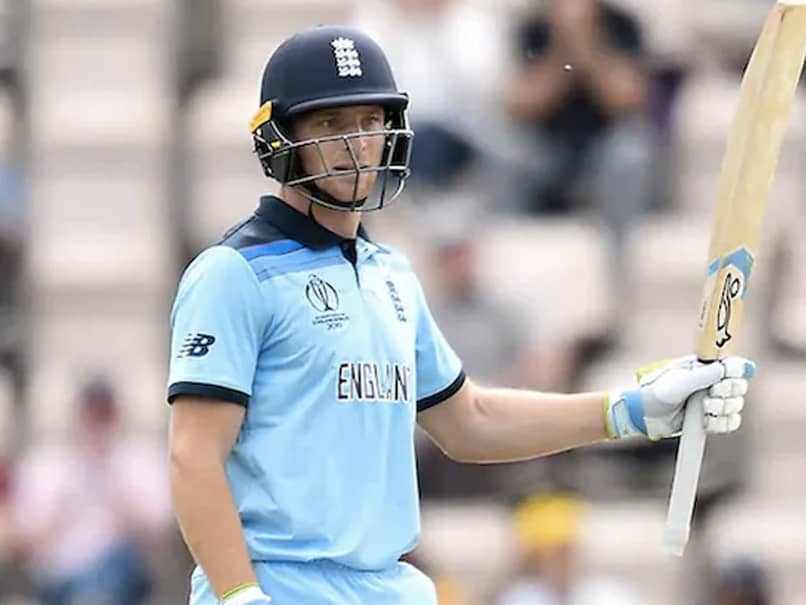 On this day in 2019, Jos Buttler registered the second-fastest ODI hundred for England.© AFP

On this day in 2019, England wicketkeeper/batsman Jos Buttler registered the second-fastest hundred for his country in One-Day Internationals (ODIs). It was the second match of the five-match ODI series against Pakistan at The Rose Bowl in Southampton. Buttler walked in to bat in the 36th over of the innings and started with a quick single. However, he soon went into overdrive, scoring 14 runs off the next three balls he faced. After that, he did not look back and hit the Pakistan bowlers all over the park. Buttler scored his fifty off 32 balls, and then took just 18 balls to reach 100.

Recalling one of the best innings in the history of the game, England Cricket on Tuesday shared a short clip on their Twitter handle and captioned it, “Our second-fastest ODI 100. #OnThisDay in 2019 @josbuttler was in brutal form."

His innings was laced with six fours and nine sixes, and it is still etched in the memory of cricket enthusiasts across the world. Buttler went on to score 110 runs off 55 balls as England posted a mammoth total of 373 runs for the loss of three wickets against Pakistan in their quota of 50 overs.

In reply, despite Fakhar Zaman's fighting century, Pakistan lost the match by 12 runs. Zaman blasted 138 runs off 106 balls with the help of 12 boundaries and four sixes.

England went on to win the five-match ODI series 4-0 as the tournament opener between England and Pakistan had no result.

Buttler also holds the record for scoring England's fastest ODI hundred, off 46 balls, which also came against Pakistan in Dubai in 2015.