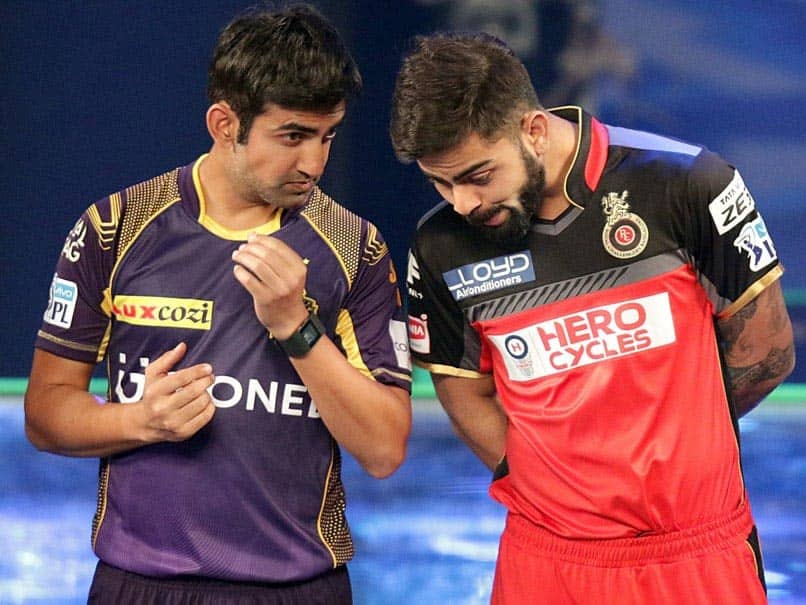 Virat Kohli has been playing for RCB since the inception of the IPL in 2008.© PTI

Virat Kohli, who is well-known for his combative attitude on and off the field, on Friday said that he would be "sitting at home if he thinks like people from outside", responding to former India opener Gautam Gambhir's recent criticism without taking the former opener's name. Gambhir, who led Kolkata Knight Riders to two IPL titles in 2012 and 2014 respectively, recently said that Kohli has been "lucky to survive" in a highly competitive environment despite Royal Challengers Bangalore never winning the coveted title in his six years as skipper.

"Obviously, you want to win the IPL. I am doing what I am supposed to do. I don't care whether I am going to be judged on this (not winning IPL) or not. There is no real, sort of, parameters you set. I try to perform wherever I can. I try to win all the possible titles, but sometimes it just doesn't happen," Kohli said.

"We have to be practical about why we haven't won one. That boils down to bad decision making in pressure situations. If I think like people from outside, I can't even sustain five games. I would be sitting at home," Kohli said.

According to Gambhir, who joined the BJP on Friday, one can't take Kohli and MS Dhoni's names in the same breath, as India's current captain has not won the IPL even once in comparison to his predecessor's three. Gambhir also compared Virat Kohli with his national team deputy Rohit Sharma, who too have three IPL titles to his credit.

"I know people talk about it a lot and they like to grab opportunities to talk about these things. But I have a responsibility here and given a chance, as a captain, I would love to win the IPL for my team.

"We all are motivated to do so. It has not happened and that's the reality. No excuses for that. Only acceptance of the faults that we made in the past. The fact that we played six semifinals means that we have been a side who are always in contention. If we make better decisions, we can go further than that. That's how I see things," Kohli added.

Gautam Gambhir IPL 2019 Cricket
Get the latest updates on India vs Australia Series, check out the India vs Australia Schedule for 2020-21 and Ind vs Aus live score . Like us on Facebook or follow us on Twitter for more sports updates. You can also download the NDTV Cricket app for Android or iOS.