After India's initiation in day-night Tests against Bangladesh, there is a possibility that such a match may be played in Australia as well, if some conditions are met. 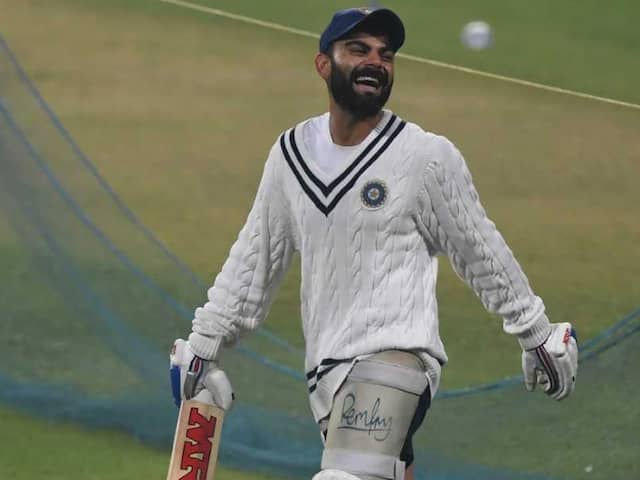 Virat Kohli is open to the idea of playing a pink-ball Test in Australia.© AFP

Virat Kohli, who is all set to play his first-ever day-night Test against Bangladesh, is open to the idea of playing a pink-ball match in Australia next year. However, the India captain has demanded for a practice match ahead of the fixture. "Whenever it is held, there should be a practice game before," Kohli said in Kolkata on Thursday. India had kept away from day-night Tests since the first pink-ball game in Adelaide between Australia and New Zealand in 2015. The visitors also refused to play a Test under lights in Australia last year.

With India all set to play a day-night Test against Bangladesh starting on Friday, the skipper spoke elaborately about why he had apprehensions on earlier occasions.

"Obviously, we wanted to get a feel of pink ball cricket. Eventually, it had to happen. But you can't just bring those things up before a big tour and suddenly in the schedule, there is a pink ball Test, when we have not even practiced with pink ball. We have not played any first-class game with the pink ball," the skipper said.

"It can't be that sudden," Virat Kohli said while referring to India's last tour of Australia.

Kohli then opened up about the need of preparation before playing a pink-ball Test and added that if it is planned well in advance, he has no problem with it.

"You can't just go in two days before and say you're playing a pink ball Test in a week's time. We didn't really think it was logical from that point of view. It needed a bit of preparation. Once you get used to playing it there's no problem playing at all. You can plan in advance. We just thought it was a spontaneous," he said.

As far as the series is concerned, India lead the two-match rubber 1-0 after an emphatic win in Indore.