Virat Kohli "Can Take A Call" Whether He Wants To Rest Or Play T20Is Against Bangladesh, Says Sourav Ganguly

Virat Kohli is expected to sit out of the three-match Twenty20 International series against Bangladesh, starting November 3. 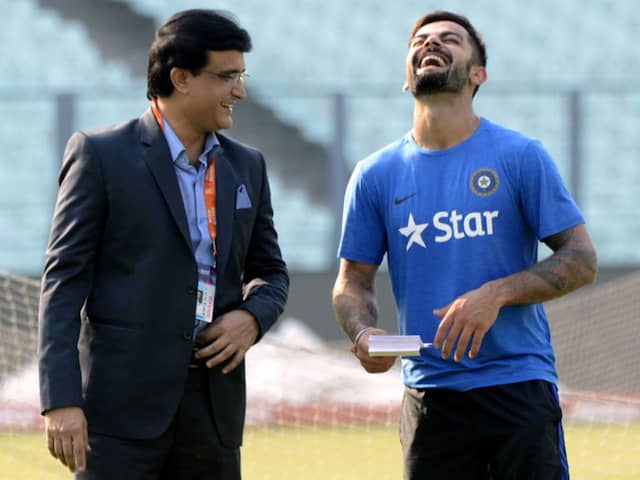 Virat Kohli is expected to take rest during the T20I series against Bangladesh.© AFP

BCCI president-elect Sourav Ganguly on Monday left it to skipper Virat Kohli to take a call on his availability for the upcoming three-match T20I series against Bangladesh, starting November 3. There is a speculation that Kohli, who has played 48 of the last 56 international games across formats, will take rest for the T20Is but come back for the two Test matches in Indore and Kolkata.

"I will meet him on October 24th. I will talk to him like a BCCI president talks to the captain. He is the captain and he can take a call," Ganguly told reporters at the CAB headquarters.

He was all praise for Rohit Sharma, who has been a smash-hit with 529 runs in his kitty, including a maiden double hundred.

"I am very happy for Rohit. I don't need to say that he is a top batsman. We all know what he can do," Ganguly said.

"He has been brilliant. He has varied the length really well as on Indian wickets you don't get a lot of bounce," Ganguly said.

Virat Kohli Sourav Ganguly Cricket BCCI
Get the latest Cricket news, check out the India cricket schedule, Cricket live score . Like us on Facebook or follow us on Twitter for more sports updates. You can also download the NDTV Cricket app for Android or iOS.