UAE vs Ireland Fourth ODI Suspended Due To COVID-19 Restrictions

UAE vs Ireland: The coronavirus-curtailed series between the United Arab Emirates and Ireland in the Gulf state was again put on hold on Friday when the fourth scheduled ODI on Saturday was postponed. 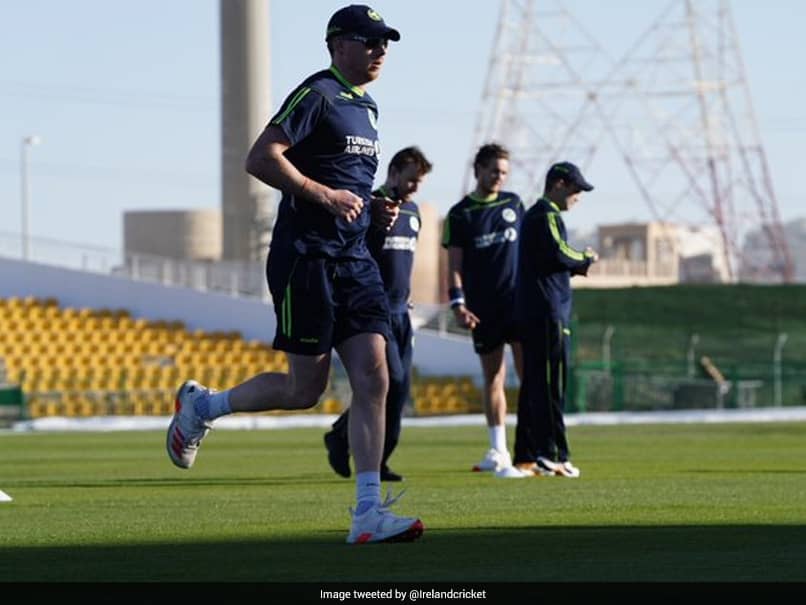 The coronavirus-curtailed series between the United Arab Emirates and Ireland in the Gulf state was again put on hold on Friday when the fourth scheduled one day international on Saturday was postponed. "While the Emirates Cricket Board has encouragingly reported there are still no new cases of Covid-19 amongst its playing staff, UAE public health directives will still not permit a resumption of competitive action between UAE and Ireland at this stage," said a statement from the hosts.

"Discussions are underway with all parties regarding a final ODI match between the UAE and Ireland being played early in the coming week."

This is the fourth time that one of the matches in the four-match series has been called off.

Sunday's second game was pushed back to January 16 after another player tested positive before Tuesday's encounter was suspended following four more positive tests among home players.

Thursday's rescheduled second game was then called off, even though the UAE reported no new cases.

"Frustratingly the wait goes on to resume competitive action, however, we fully accept the rationale for the government health directive, and the health and safety of players and support staff will remain Cricket Ireland's top priority," said Richard Holdsworth, High Performance Director for Cricket Ireland.

Following the UAE series, Ireland will remain in the country to play three ODIs against Afghanistan with the first of those scheduled for January 21.

"With the Afghanistan series due to start next Thursday, the players and coaches are keen to get at least another competitive fixture in against the UAE prior to that, so we are hoping that a continued clean bill of health in both camps will allow us to play on Monday," said Holdsworth. "The players will head out for a centre wicket practice tomorrow."

Coronavirus cases have spiked in the UAE, with the World Health Organisation reporting record highs of 3,362 confirmed new cases on Thursday and 3,382 on Friday.

Ireland Cricket Team Cricket
Get the latest updates on India vs England Series, India vs England , live score and IPL 2021 Auction . Like us on Facebook or follow us on Twitter for more sports updates. You can also download the NDTV Cricket app for Android or iOS.