Temba Bavuma was on Thursday named the new South Africa ODI and T20I captain. He will lead the limited-overs sides until the 2023 World Cup. Dean Elgar was named Test captain. 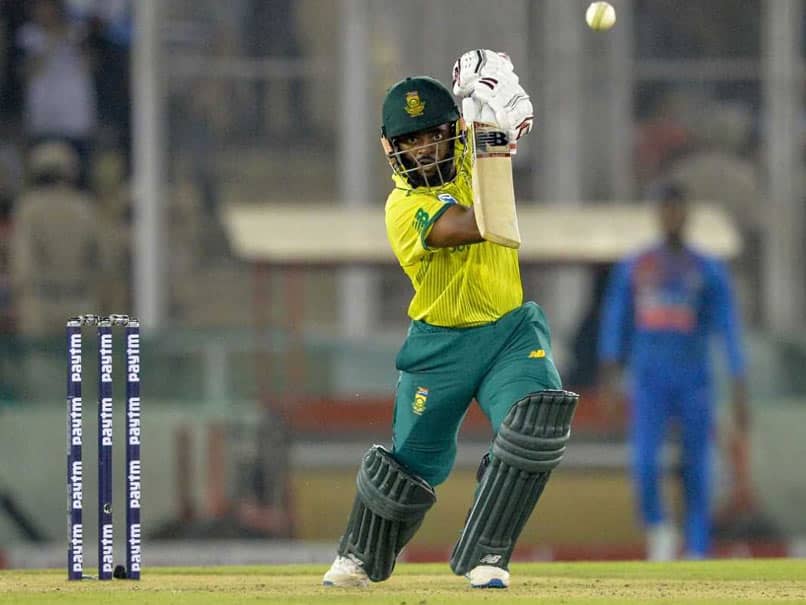 Temba Bavuma was appointed skipper of the South Africa limited-overs sides while Dean Elgar has been named the new Test captain. Bavuma, 30, will captain the one-day international and Twenty20 teams through to the 2023 Cricket World Cup, while Elgar, 33, will lead the Test side into the next cycle of the World Test Championship. Bavuma was also named vice-captain of the Test team. The pair took over from wicketkeeper Quinton de Kock, who led South Africa in all formats during the 2020/21 season.

De Kock was named long-term captain in white-ball cricket in January 2020 and led South Africa in Test cricket during the current season on what was described as a temporary basis.

But De Kock struggled in the Test leadership role and was granted a "mental health break" last month following a Test tour of Pakistan.

Bavuma was quoted in a Cricket South Africa statement as saying: "Captaining the Proteas has been a dream of mine for many years as those closest to me would know.

"This is one of the greatest honours of my life so far and I am looking forward to picking up where Quinny (de Kock) has left off in leading the team into the new culture that we have developed and continue to work on.

"The responsibility of captaining one's country is not one I take lightly, and I am looking forward to this new challenge and journey with Dean in the Test cricket format, as well as leading the team to not just one, but three ICC World Cups in the very near future."

Bavuma has been part of South Africa's Test team since 2014/15 but has only been a regular member of the limited-overs teams since 2019/20. But while his Test batting average is a modest 32.26 he has shone as a top-order batsman in both white-ball formats.

Bavuma is captain of the Lions franchise team and led his side to victory in a Twenty20 tournament which finished on Sunday.

Elgar said: "I've always said that to captain your country in any form of the game is the biggest honour that a player can be fortunate to receive. To captain my country's Test team, which I believe to be the pinnacle of the game, is the biggest highlight of my career and I'm grateful for the opportunity to represent my country in such an important way."

CSA director of cricket Graeme Smith said the appointments were expected to bring stability to the country's team.

"We believe that we have the men who will lead the Proteas back to their winning ways of old," said Smith.

"Temba has been a strong and influential voice in the team in recent times and has shown consistency on the field in all formats, solidifying his place as a leader.

"He also has the trust and backing of the players and coaches around him."

Smith said Elgar was a leader who was "ready, willing and able to step up to the massive task of turning our Test cricket fortunes around... we are confident that he will bring the same grit and determination to his captaincy as he has brought to his many performances on the field over many years."

South Africa Cricket Team Temba Bavuma Dean Elgar Cricket
Get the latest updates on IPL 2021, IPL Points Table , IPL Schedule 2021 , live score . Like us on Facebook or follow us on Twitter for more sports updates. You can also download the NDTV Cricket app for Android or iOS.