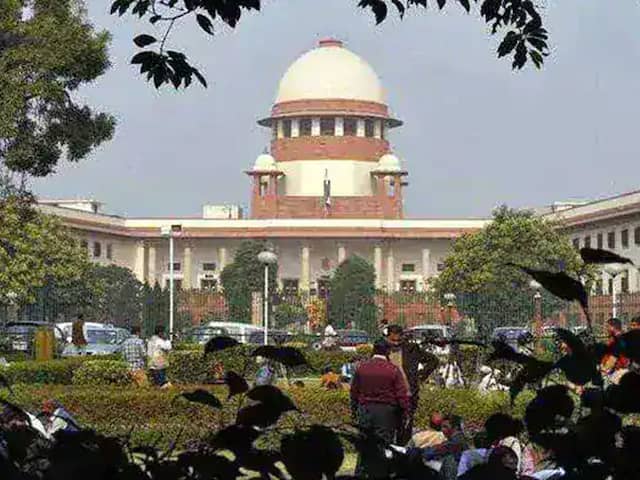 Supreme Court also asked the CoA whether it was functioning well.© PTI

The Supreme Court on Thursday appointed senior advocate and Amicus Curiae in Board of Control for Cricket in India (BCCI) case, Mr PS Narasimha, as the mediator for issues raised by BCCI. Narasimha will hear the BCCI's position, and then make recommendations to Committee of Administrators (CoA). Supreme Court said that BCCI was not satisfied with the outcome, then it go to the court. Narasimha will hear grievances of state associations regarding the non-release of funds and make recommendations to CoA.

Supreme Court also asked the CoA whether it was functioning well.

The Supreme Court had in February named its former judge, Justice DK Jain, as the first court-appointed ombudsman for the BCCI. A bench comprising Justices SA Bobde and AM Sapre said: "We are happy that by consent of the parties and the suggestions, the name of retired Justice DK Jain has been agreed to be appointed as the ombudsman in the BCCI.

"We accordingly appoint Justice (retired) DK Jain as first ombudsman in the BCCI."

Justice Jain emerged as the first choice among the six former apex court judges whose names were placed before a bench in an envelope.

Narasimha told the court that former apex court judge Justice (retd) DK Jain has assumed charge as the BCCI ombudsman.    He said Lieutenant General Ravi Thodge, who was appointed as the third member of CoA by the top court on February 21, has also taken charge.

Senior counsel Kapil Sibal, appearing for a state cricket association, told the court that it has complied with all the court-approved recommendations of Justice RM Lodha panel on reforms in the cricket body.

Sibal said there was some issue pertaining to certain provisions in newly approved constitution of BCCI which goes beyond the Lodha panel recommendations.

"We will request PS Narasimha to hear you (associations) and then ask the BCCI to resolve them. The game must go on," the bench said.

At the outset, when the amicus said that several interim applications were pending in the court, the bench said it would like to hear the matter continuously and not on "piecemeal" basis.

Initially, the bench suggested that the ombudsman may be asked to look into some pending issues which can be mediated among the parties.

(With inputs from A. Vaidyanathan and agencies)