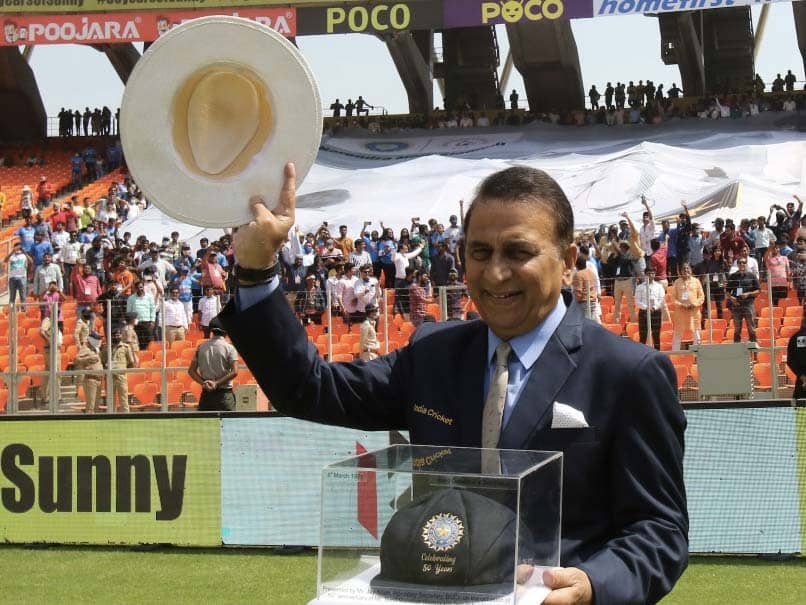 Sunil Gavaskar made his Test debut against the West Indies in 1971.© BCCI

As former India skipper Sunil Gavaskar celebrates the 50th anniversary of his Test debut, the batting legend on Saturday made his social media debut as he finally created an account on Instagram. Sunil Gavaskar's son Rohan tweeted about his father making a debut on Instagram and he captioned the post as: "Another debut !! This time on Instagram."

The BCCI also felicitated Sunil Gavaskar for his contribution to Indian cricket as BCCI secretary honoured the batting great during the lunch break on day three of the ongoing fourth Test between India and England.

The cricketing world paid tribute to the legendary former India Captain Mr. Sunil Gavaskar on the occasion of his 50th anniversary of his Test debut for India. @Paytm #INDvENG

Gavaskar made his Test debut on March 6, 1971, against West Indies in Port of Spain, Trinidad. Over his career, Gavaskar went on to break many batting records and established himself as one of the finest batsmen to ever play the game.

India toured the West Indies during the 1970-71 cricket season for a five-Test series. The series turned out to be one of the most memorable ones as India won its first-ever Test series against the West Indies.

India, led by Ajit Wadekar, emerged victorious 1-0 in the five-match series and Gavaskar finished as the leading run-scorer, registering four centuries including one double ton.

In his career, Gavaskar played 125 Tests and 108 ODIs for India. He was also a part of the 1983 World Cup win and 1985 World Championship of Cricket victory.

Gavaskar scored 10,122 runs in the longest format of the game and he held the record for scoring most centuries in Test cricket till 2005. Sachin Tendulkar ended up breaking this record in 2005.