Sri Lanka have included veteran Lasith Malinga, who had opted out of the Pakistan tour, in the 16-member squad for T20Is against Australia. 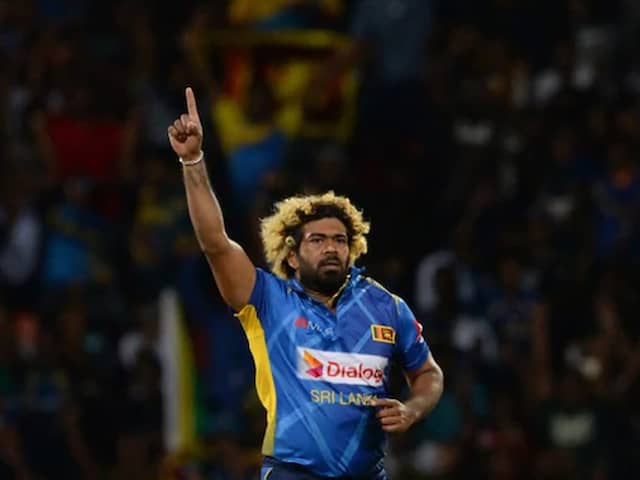 Sri Lanka's Lasith Maliga is back to lead his side in the shortest format against Australia.© AFP

Sri Lanka on Thursday called many of their experienced players back into the 16-men squad led by Lasith Malinga after the side's 3-0 series victory in Pakistan. After a young squad achieved a whitewash of Pakistan in the T20I series played as part of the return of international cricket to the country, Sri Lanka turned to many of their more seasoned campaigners for their three-match series in Australia. Some of the best performances from the tour of Pakistan have been rewarded however, with Bhanuka Rajapaksa and Oshada Fernando retaining their spots after both made their debuts in Pakistan, an ICC statement said.

Rajapaksa earned headlines with a stunning 48-ball 77 which flattened Pakistan in the second T20I to secure a series victory. Fernando, on debut, then lit up the final match of the series with an unbeaten 78, also from 48 balls.

The squad also marks the return to captaincy for Malinga. The veteran had opted out of the Pakistan tour, and Dasun Shanaka captained the side in his stead.

Other senior players who are returning to the squad after opting out of the last tour are Niroshan Dickwella, Kusal Perera and Kusal Mendis.

Only two players are missing from the squad that hosted New Zealand a little over a month ago -- Akila Dananjaya and Lahiru Madashanka.

Dananjaya was suspended after appearing against New Zealand pending remedial work on his bowling action, while Madashanka failed to impress during his appearance in the Pakistan series.

Sri Lanka will travel to Australia this weekend ahead of the three-match series beginning on October 27 in Adelaide.