"Some Senior Indian Guys Don't Like Being Restricted" But We Felt Safe In IPL Bubble: Mumbai Indians' Fielding Coach

Mumbai Indians fielding coach James Pamment has claimed that some senior Indian players did not like being subjected to restrictions inside the currently-suspended IPL's bio-bubble. 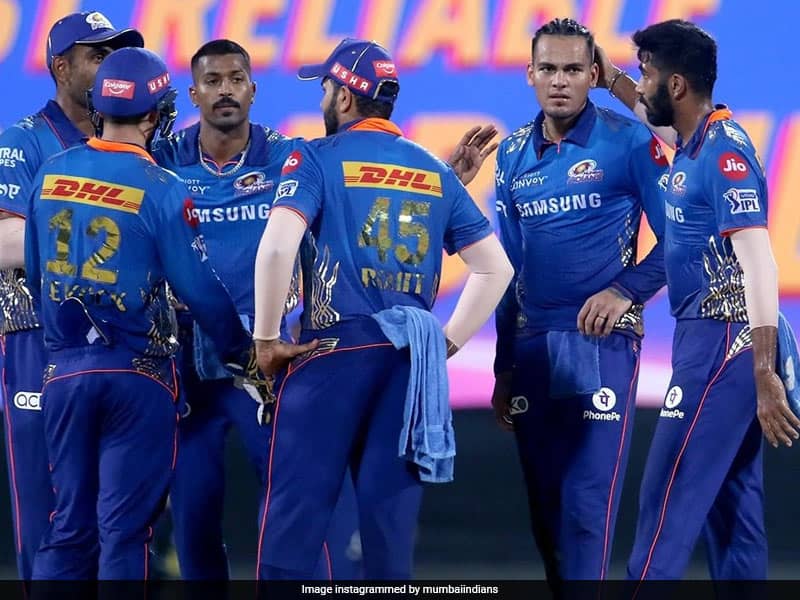 Mumbai Indians were fourth on the table when the IPL 2021 was postponed indefinitely.© Instagram

Mumbai Indians fielding coach James Pamment has claimed that some senior Indian players did not like being subjected to restrictions inside the currently-suspended IPL's bio-bubble but it felt completely safe till the time cases from participating teams hadn't come to light. Pamment did not elaborate on his assertion about the Indian players and did not take any names either. The IPL was suspended on May 4.

"Some of the senior Indian guys don't like being restricted and told what to do," he was quoted as saying by stuff.co.nz.

"But we did feel safe - at no point did we feel the bubble would be compromised ... We felt the travel was always going to be a challenge," The New Zealander, a former Northern Districts coach, said he and the MI players started to feel apprehensive shortly before the competition was halted.

"It was when cases started to come with the teams. They were a little more fearful, a little more apprehensive," said the 52-year-old, who returned home on Saturday.

"Chennai (CSK) announced their cases and we'd played Chennai at the weekend, so straight away, the dynamic changed. I certainly noticed from within my group. I'd spend most of my time with the Kiwis and the Aussies, their mindset had changed.

"We started to get Indian guys in our environment whose families were sick. There were bereavements as well and we were taking a bit of a cue from those guys who were saying 'no, we want to carry on' and the messages were coming back that this is a good distraction."

Pamment said at no stage did he feel his health was going to be put in jeopardy within the bubble set up by MI at a Mumbai hotel.

"You felt as long as everyone was disciplined and people weren't tempted. You did feel confident you'd be fine, and everybody around you would be fine...an extremely safe bubble being formed."

He said long before the suspension of IPL, he was aware of the pandemic getting worse in India and the event should not have been spread across six venues.

"We had a case ourselves on our first travel to Chennai - it was a support staff member, fortunately picked up very quickly and he was isolated, and none of the people considered close contacts to him were infected.

"It was a very early reminder that your bubble's not impenetrable. We probably got even stricter around how we operated."

He also said that allowing 70,000 spectators in Ahmedabad for Test matches against England "was a little irresponsible and now Ahmedabad is a hot-bed of COVID".

Mumbai Indians IPL 2021 Cricket
Get the latest updates on IPL 2021, IPL Points Table , IPL Schedule 2021 , live score . Like us on Facebook or follow us on Twitter for more sports updates. You can also download the NDTV Cricket app for Android or iOS.