Sri Lankan wicket-keeper Niroshan Dickwella accidentally hit leg-spinner Wanindu Hasaranga on his face while trying to give him a high-five. 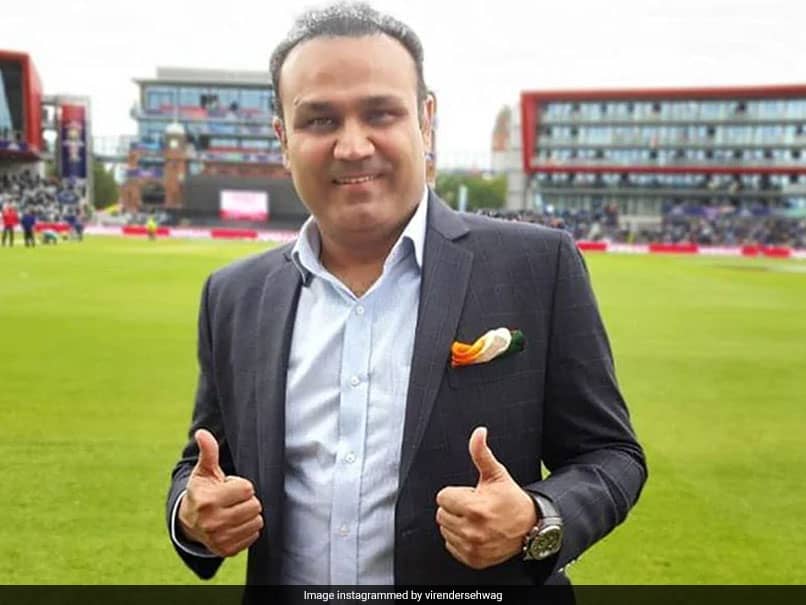 Sri Lankan wicket-keeper Niroshan Dickwella ended up accidentally hitting leg-spinner Wanindu Hasaranga on his face, while celebrating a wicket on Sunday. The incident took place when Sri Lanka players had gathered to celebrate the dismissal of England skipper Joe Root who got run out for just one run. Delighted with the huge wicket, Dickwella tried to give a high-five to his teammate but ended up hitting him right on his face. Seeing a funny side to the incidence, former India opener Virender Sehwag posted a video on his Instagram account with a caption that read: "Who do you feel like giving such a high-five to ? #nikaalo #maukepechauka".

Here is the post by the former Indian cricketer:

Root was dismissed while attempting a quick single, with Jonny Bairstow at the other end. The Sri Lankan wicketkeeper ran across swiftly towards the short cover region and completed the run out with a superb direct hit.

For England, Daniel Lawrence and Jonny Bairstow were unbeaten at the crease on seven and 11 runs respectively.

Sri Lanka were bowled out for 135 in the first innings, while England, riding on skipper Joe Root's double century, went on to score a massive total of 421 runs in their first innings.