Watch: Australian Cricketer Involved In One Of The Most Bizarre Dismissals Ever Seen

Hilton Cartwright fell prey to one of the strangest dismissals ever seen on a cricket field. 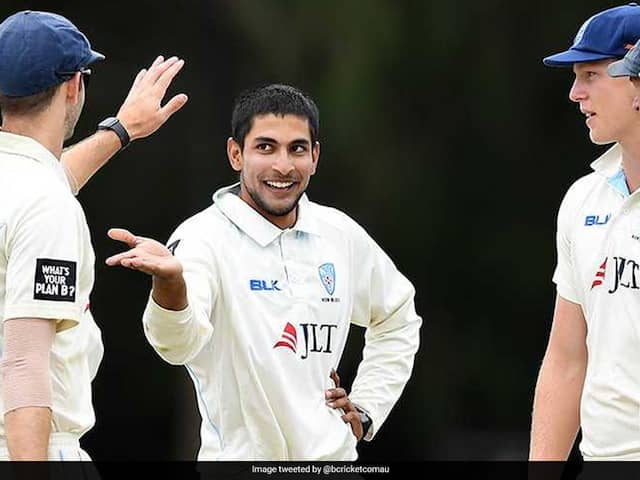 Jason Sangha took the return catch after the ball ricocheted off the helmet of Nick Larkin.© Twitter

Australian batsman Hilton Cartwright fell prey to one of the most bizarre dismissals to ever seen on a cricket field. Playing for Western Australia in the Sheffield Shield clash against New South Wales at the Bankstown Oval in Sydney, Cartwright, having faced 45 balls for just three runs, decided to take on the leg spin of Jason Sangha. To a half-tracker from Sangha, Cartwright rocked back and hit a thunderous pull shot, which ricocheted off the helmet of short-leg fielder Nick Larkin. Unfortunately for the right-hander, the ball ballooned into the air for Sangha to claim an easy catch.

Larkin didn't seem to be in any discomfort after being hit flush on the helmet as Cartwright walked back to the pavilion in disbelief. Larkin was given the all clear after he was assessed by medical staff, while his helmet was replaced.

Here is how the extraordinary dismissal unfolded on the fourth day of the JLT Sheffield Shield match.

According to cricket.com.au, the wicket would not have stood prior to 2017. Before 2017, any ball that struck a fielder's helmet was automatically ruled a dead ball.

According to the earlier laws, a batsman could not be dismissed if a ball rebounded off a fielder's helmet, but the law was changed two seasons ago after a review by the game's law-makers in the wake of the passing of former Australia batsman Phillip Hughes.

The rule was introduced by Cricket Australia (CA) for its domestic competitions in the 2016-17 season, with the ICC following suit for international matches 12 months later.

Australia Cricket Team Hilton Cartwright Jason Sangha Cricket
Get the latest Cricket news, check out the India cricket schedule, Cricket live score . Like us on Facebook or follow us on Twitter for more sports updates. You can also download the NDTV Cricket app for Android or iOS.