Shakib Al Hasan Says Cricketers In Bangladesh Are Being Suppressed

The new ruling has not gone down well with the Test and T20 captain of Bangladesh, Shakib-Al-Hasan, who feels this rule will suppress the cricketers. 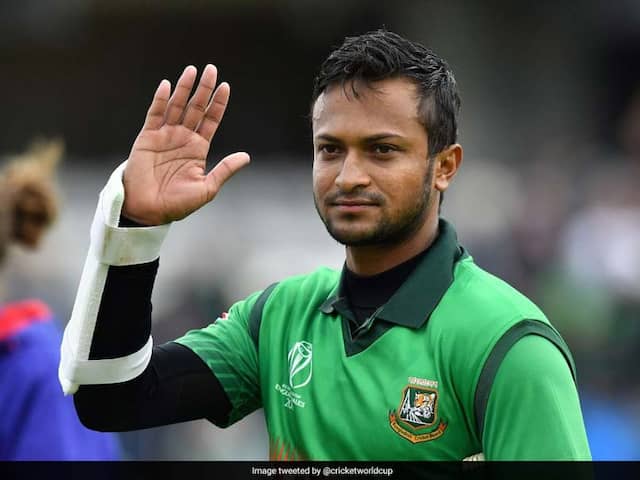 After Afghanistan defeated Bangladesh in the one-off Test recently, the Bangladesh Cricket Board (BCB) implemented a rule under which every Bangladesh Premier League (BPL) team must include at least one leg-spinner in their playing eleven. The BCB even suspended head coaches of two teams for not following the order. After going down to Afghanistan, experts had said that Bangladesh batsmen's lack of practice against wrist spinners resulted in their loss.

However, the new ruling has not gone down well with the Test and T20 captain of Bangladesh, Shakib-Al-Hasan, who feels this rule will suppress the cricketers.

"For so many years we couldn't select a leg-spinner for the senior team, but suddenly we made plans to include seven legspinners in the BPL. This decision does come as a bit of a surprise, but I would still state that the board has taken a decision that it thinks is good.

"I think that leg-spinners should bowl a lot of overs in first-class cricket to gain confidence and consistency. The BPL is an international-standard competitive tournament where you will face scenarios that you are likely to face in international cricket. You share the dressing room with overseas cricketers. It is not the place to make a player," Shakib was quoted as saying by Bengali daily Samakal.

"Only focusing on the national team shouldn't be the main job of the organisers. Places like Chittagong, Rajshahi, Khulna and Sylhet should have a proper gym, running and indoor facilities. You cannot bat for more than 15 minutes in the Mirpur indoor facilities, because it gets so hot.

"They haven't installed ACs even after being told for 10 years. It is quite disappointing, especially when we see indoors in other countries that have clear lighting and ACs. Also, first-class match fees are very unacceptable," he added.

"It is a very small amount for a cricketer to maintain the minimum standard of living in Bangladesh. Things are getting costlier. Government officials get increments every year, but we see that it is the same for us every time. It even gets reduced. BPL and DPL are big examples of this.

"I always get a feeling that cricketers in our country are being suppressed. This is not right. Everyone should have equal opportunity. A player should be left to earn what he feels he deserves. If the team doesn't want to take the player at that payment, the player will deal with it. But to stop him from freely naming his price is not right," Shakid said.