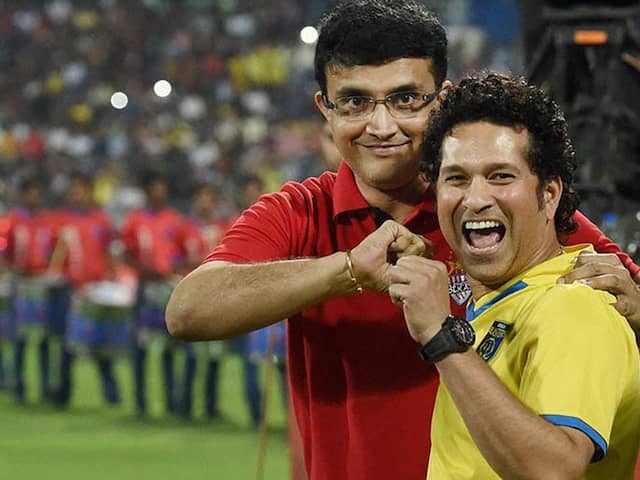 Sachin Tendulkar posted a picture on Instagram from his trip to Australia.© AFP

Sachin Tendulkar on Thursday took to Instagram to post a picture from Southbank, Melbourne where he can be seen enjoying his time in Australia under the sun. "Soaking up the Sun," Sachin Tendulkar captioned the post. While fans poured in love on Sachin Tendulkar's Instagram post, it was former India captain and current Board of Control for Cricket in India (BCCI) president Sourav Ganguly who stole the show with his hilarious take on the image. Taking a funny dig at his former opening partner, Sourav Ganguly said some people have great luck. Tendulkar replied to Ganguly and said it was a worthwhile holiday as they raised USD 10 million during the Bushfire Cricket Bash. Apart from Ganguly, veteran India off-spinner Harbhajan Singh also joined in and trolled Tendulkar.

Tendulkar, 46, recently 'came out of retirment' to face an over at the Junction Oval.

The leading run-scorer in ODIs and Tests faced Australia woman all-rounder Ellyse Perry in the special over during the innings break of the Bushfire Cricket Bash match.

The Bushfire Bash was originally scheduled to be held as a curtain raiser to the Twenty20 Big Bash League final on Saturday, but with downpours expected, CA said it would no longer be possible at the Sydney Cricket Ground SCG. The match, postponed to Sunday, was shifted to Melbourne.

India Cricket Team Sourav Ganguly Harbhajan Singh Cricket Ricky Ponting Brian Lara
Get the latest Cricket news, check out the India cricket schedule, Cricket live score . Like us on Facebook or follow us on Twitter for more sports updates. You can also download the NDTV Cricket app for Android or iOS.