India lost just one match in the World Cup 2019 league stage but crashed out in the semi-finals after losing to New Zealand. 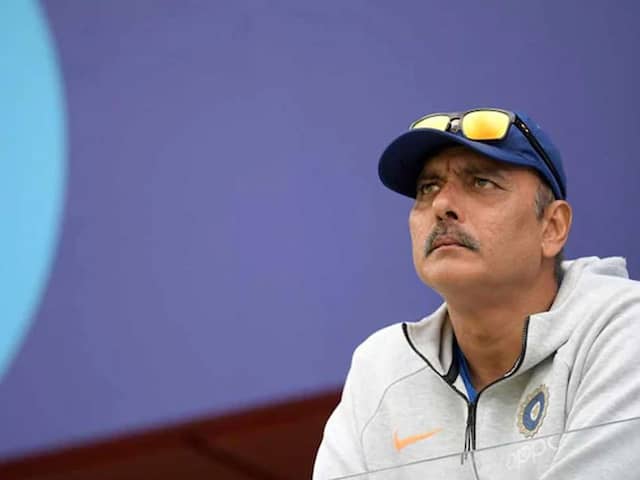 Ravi Shastri has been given a 45-day extension following the World Cup 2019.© AFP

India were knocked out of the World Cup 2019 in the semi-finals after losing to New Zealand in a rain-marred match, which was played over two days. Even though India lost just one match in the league stage and finished as table-toppers, the Board of Control for Cricket in India (BCCI) invited applications for the post of head coach and other support staff soon after the World Cup. Former India all-rounder Robin Singh, who has reportedly applied for the post of head coach, took a dig at current coach Ravi Shastri, saying India "lost in the semi-finals of two successive ODI World Cups" under his coaching.

"Under the current coach, India has lost in the semi-finals of two successive ODI World Cups, and in the last four stage of the World Twenty20 championship as well. Now is the time to prepare for the 2023 World Cup and a change could be good for the side," Robin Singh told The Hindu.

Shastri, along with the other support staff, has been given a 45-day extension following the World Cup in the UK.

"The current coaching staff of Team India (Senior Men) will get an automatic entry in the recruitment process," the BCCI said in a release.

India Cricket Team Ravi Shastri Robin Singh Cricket India vs New Zealand, 1st Semi Final World Cup 2019
Get the latest Cricket news, check out the India cricket schedule, Cricket live score . Like us on Facebook or follow us on Twitter for more sports updates. You can also download the NDTV Cricket app for Android or iOS.