Rishabh Pant Will Be "Rapped On The Knuckles" If He Keeps Playing Rash Shots, Says Ravi Shastri

Ravi Shastri did not mince words as he pointed out that Rishabh Pant has let the team down during India's recent tour of the West Indies. 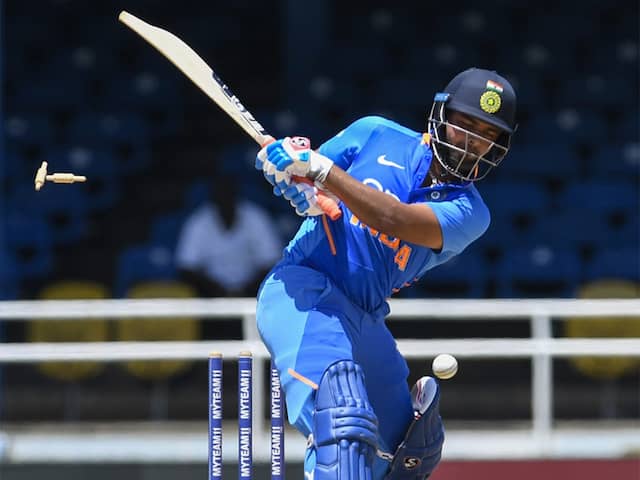 Young Rishabh Pant has been tasked to fill in the big boots of MS Dhoni across all-formats and is being specially groomed for the same. But Rishabh Pant failed to perform as per expectations during India's tour to the West Indies, with his rash shot selection being criticised. India head coach Ravi Shastri has made it clear that Rishabh Pant will be "rapped on the knuckels" if he keeps on playing rash shots. Shastri did not mince words as he pointed out that the young wicketkeeper-batsman has let the team down during India's recent tour of the West Indies where he was dismissed on the first ball in an ODI game.

"We'll let him be but at times when you see a shot, like the first ball dismissal in Trinidad, if he repeats that, then he will be told. There will be a rap on the knuckles, talent or no talent," the head coach said.

"As simple as that. Because you are letting the team down, forget letting yourselves down. In a situation where you have the captain at the other end, a target to chase, the need of the hour is sensible cricket," Shastri added.

Shastri said Pant has unquestionable talent but if he can sort out his shot-selection and decision-making, he will be unstoppable.

"No one will even think of changing his style. Like Virat said, reading the situation, match-awareness and shot-selection becomes crucial. If he can fathom that, he could be unstoppable.

"It could take one game, it could take four games. He has played so much IPL cricket, he will learn. It's time now for him to step up and show how devastating he can be," Shastri said with captain Virat Kohli by his side.