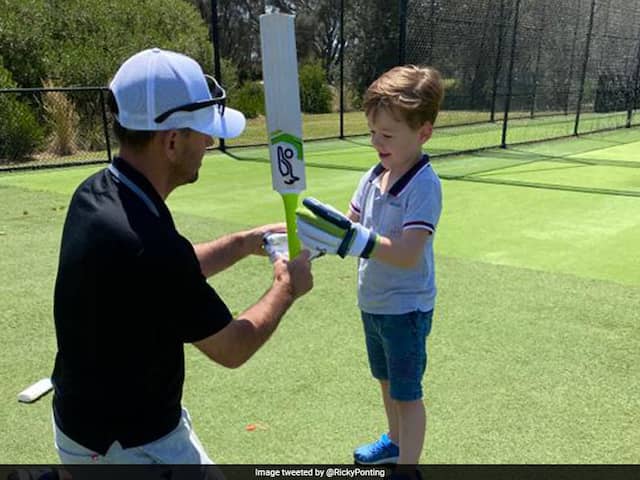 Ricky Ponting with his son Fletcher during a net session.© Twitter

Apart from leading Australia to World Cup triumphs in 2003 and 2007, Ponting also led his national team to Champions Trophy wins in 2006 and 2009. He was also appointed Australia's assistant coach for World Cup 2019.

Australia Cricket Team Ricky Ponting Cricket
Get the latest Cricket news, check out the India cricket schedule, Cricket live score . Like us on Facebook or follow us on Twitter for more sports updates. You can also download the NDTV Cricket app for Android or iOS.