Sri Lanka Cricket chief Shammi Silva said their Test series in Pakistan in December was a doubt as the security measures made life difficult for the players. 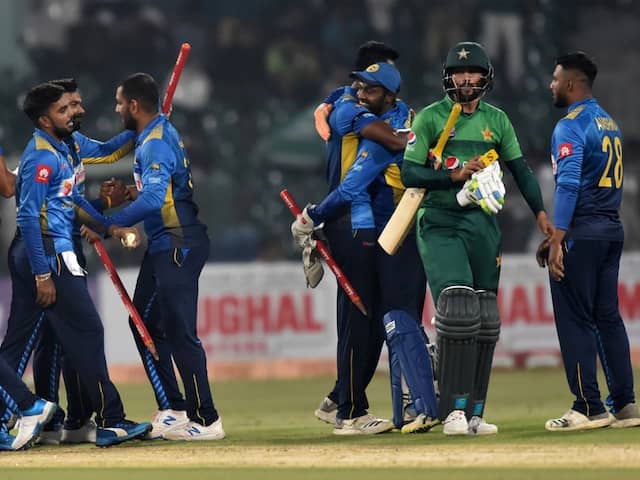 The Sri Lanka cricket team returned home after a historic 3-0 whitewash against the top-ranked T20I team Pakistan. However, the country's cricket board president said that despite the security arrangements, having to stay in a hotel and having to wait for roads to be closed was not easy. "The players had to stay inside the hotel. I got fed up staying for three or four days. We have to talk to the players and support staff and see how this will affect the Test series," Sri Lanka Cricket President Shammi Silva was quoted as saying by the Ceylon Daily News.

Sri Lanka are scheduled to return to Pakistan for a Test series in December. But Silva said that the board would need to talk to the players as being cooped up in hotel rooms was not ideal for them.

"Pakistan are very happy and grateful to Sri Lanka for sending the team. But we have to assess and see whether it is viable to play Test matches there because they are of five days duration and the players have to be inside the hotel," he said.

"The roads are closed the process takes about half an hour to close the roads and they won't allow you to move. It's not easy, mentally it's tough. We owed something to Pakistan because they've always helped us. We were able to bear it up for the sake of Pakistan but how much can you bear?" he said.

Silva did point out a positive from the players' situation.

"There was good bonding without the wives. Too much freedom is also bad for the players," he said.

However, he pointed out that the players could only stay indoors for so long.

Sri Lanka returned to Pakistan for the first time since the team was the target of a terrorist attack in 2009. Sri Lanka sent a weakened squad, with several established members opting out of the tour. Pakistan won the three-match ODI series 2-0, with the first match washed out by rain, but Sri Lanka redeemed themselves in the T20I series, winning all the three matches thanks to some brilliant performances by youngsters coming into the team.