Pakistan vs Sri Lanka: Naseem Shah entered the record books as he became the youngest fast bowler to claim five wickets in one Test innings. 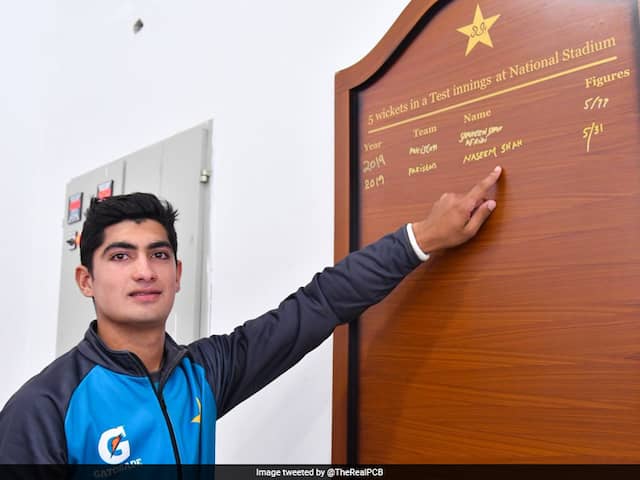 Pakistan vs Sri Lanka Test series ended with the hosts registering a huge 263-run win -- their first in nearly 13 months. After Pakistan batsmen turned things around and posted a huge total in the second innings, their teenage sensation Naseem Shah entered the record books as he became the youngest fast bowler, and second youngest overall, to claim a five-wicket haul in one Test innings. Naseem's express fast bowling spell helped the hosts bowl Sri Lanka out for 212 runs, thus winning their first-ever Test series at home in over a decade.

After his record performance, the teenage fast bowler broke down in tears while talking to the reporters in the post-match press conference. Naseem Shah, who lost his mother while he was touring Australia with the national side last month, got emotional saying that he always wanted to dedicate his maiden five-wicket haul to his mother.

Naseem Shah couldn't control his tears while remembering his late mother. Said he always wanted to dedicate his first 5-fer to his mother but she passed away just few days before his debut.

The overall record is held by former Pakistan left-arm spinner Nasim-ul-Ghani who picked up his maiden five-wicket haul against the West Indies in 1958. Ghani was 16 years and 303 days when he made the record and Naseem, aged 16 years and 307 days, missed out from surpassing him by a meager four days.

The historic two-match series marked the return of Test cricket to Pakistan and the hosts gave good account of their all-round skills to clinch the series 1-0.

Sri Lanka Cricket Team Naseem Shah National Stadium, Karachi Cricket
Get the latest updates on IPL 2020, check out the IPL Schedule for 2020 and Indian Premier League (IPL) Cricket live score . Like us on Facebook or follow us on Twitter for more sports updates. You can also download the NDTV Cricket app for Android or iOS.