BJ Watling, a veteran of 73 Tests for New Zealand, will retire after the team's tour of England, which includes the World Test Championship final against India. 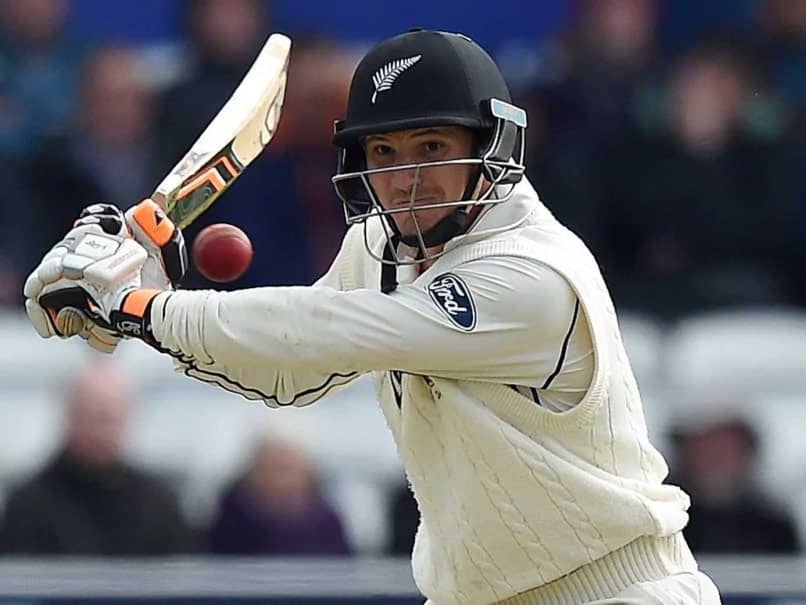 BJ Watling made his debut for New Zealand in 2019.© AFP

New Zealand wicketkeeper BJ Watling on Tuesday announced that he will hang up his gloves after the Kiwis's tour of England, which includes two Tests against the hosts and then the World Test Championship (WTC) final against India. The 35-year-old said that he felt it was the right time to quit. Watling has represented New Zealand in 73 Tests, 28 ODIs and five T20 Internationals (T20Is). Watling had a stellar career, especially behind the stumps, and also played several crucial knocks in front of them as well.

"The curtain is set to come down on the career of one of New Zealand's most widely respected cricketers, with wicket-keeper BJ Watling to retire from all cricket after the upcoming Test tour of England," New Zealand Cricket said in a release.

"It's been a huge honour to represent New Zealand and in particular wear the Test baggy. Test cricket really is the pinnacle of the game and I've loved every minute of being out there in the whites with the boys," Watling was quoted as saying.

"Sitting in the changing rooms having a beer with the team after five days' toil is what I'll miss the most," he said.

"I've played with some great players and made many good mates. I've also had plenty of help along the way for which I'll always be grateful," Watling added.

Watling also thanked his family for their constant support.

"My wife Jess has been a constant source of stability and support and I'm certainly looking forward to being able to spend more time with her and the kids. I also owe a big thanks to my mum for steering me in the right direction early on and always being there for me."

Watling said that despite having to announce his retirement ahead of New Zealand's tour of England, his focus was on the three matches.

"Although I've had to make this announcement ahead of the tour to England, my focus is very much on the three Tests ahead and preparing to perform in them. This tour will be a challenge on a few levels and we know as a team we will need to be at the very top of our game if we want to succeed," he said.

New Zealand Cricket chief executive David White said Watling would be remembered for the tremendous courage and determination he brought to the game, and especially when the chips were down.

"BJ turned games around," he said. "I can't think of another player who reacted so positively, and who was successful in the face of adversity."

"His ability to wring every possible run out of the tail was unmatched; his work behind the stumps tireless and efficient," he said.

"He has a quiet, unassuming and undemonstrative manner that belies the huge appetite he has for the contest and the challenge," White said.

"BJ's been a huge part of the success of the current BLACKCAPS team and on behalf of NZC, I want to wish him well for the upcoming Tests in England and life after cricket."

"BJ is a wonderful player and a great bloke," Stead said.

"He works really hard on his game to get improvements and always puts the team first. "You just have to look at the respect he's held in by his teammates and the opposition to appreciate his standing in the game," he added.

"The records speak for themselves and he's been such a crucial cog in the Test team's rise over the past decade. That double hundred he scored at the Mount in 2019 was one of the best innings I've ever seen and epitomised BJ Watling as a player, really," he said.

"The attitude and fight he brings to every day and every session of a Test is what has made him such a valued member of the BLACKCAPS," Head went on to say.

"He is without a doubt one of our best ever wicket-keeper batsmen," he concluded.

Watling holds the record for most dismissals by a New Zealand wicketkeeper in Tests, with 249 catches, excluding 10 taken as an outfield player, and eight stumpings.

He has eight centuries to his name in the longest format of the game, including a double-century against England.

Watling made his debut for New Zealand in 2009.

England Cricket Team BJ Watling Cricket
Get the latest updates on IPL 2021, IPL Points Table , IPL Schedule 2021 , live score . Like us on Facebook or follow us on Twitter for more sports updates. You can also download the NDTV Cricket app for Android or iOS.