MS Dhoni's love for bikes and cars is legendary, as he has made big efforts to get some elusive makes and models to be a part of his stable.

MS Dhoni's love for automobiles is not hidden from anyone. The former India captain has lit up social media many times with viral photos and videos of him driving a swanky bike, car or at times an even bigger vehicle. On Monday, MS Dhoni's wife Sakshi shared pictures and videos of her husband's bike collection on Instagram. "Even bikes have a view," Sakshi captioned a photograph tagging location as "Dhoni Farm House Ring Road", before sharing the video of the bike collection that could give any bike lover many sleepless nights. 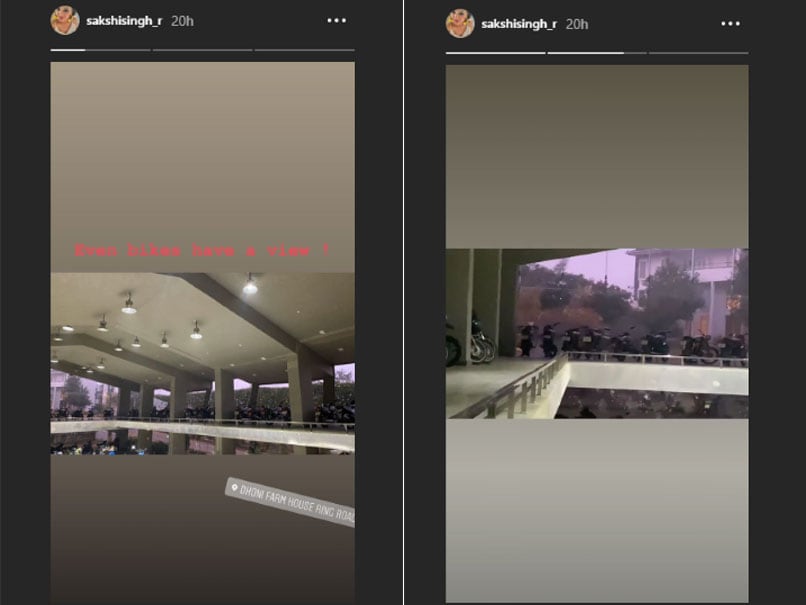 According to news agency IANS, the 38-year-old wicketkeeper-batsman is the owner of several high-end vehicles including Ferrari 599 GTO, Hummer H2, the GMC Sierra when it comes to four-wheelers.

In two wheelers, Dhoni has some great additions like Kawasaki Ninja H2, Confederate Hellcat, BSA, Suzuki Hayabusa and a Norton Vintage beside several other bikes.

Dhoni is currently on a sabbatical from cricket and training with the Jharkhand Ranji team after being left of the BCCI players' annual contract.

On Thursday, Dhoni was dropped from the BCCI's list of centrally contracted players. He has not played competitive cricket since the World Cup semi-final loss to New Zealand in 2019.

Later, on the same day, Dhoni started training with Jharkhand Ranji squad. He stunned Jharkhand coach Rajiv Kumar with his fluent batting. Speaking to IANS, Kumar said that he was expecting a little rustiness from the batsman, but the balls seemed to be hitting the middle of the bat.

"I will be honest... I thought there will be a bit of rustiness as Dhoni has not trained for quite some time. The last time we had spoken, he had said that he would start in January and here you go. He is a man of his words and it came as no surprise that he was out there training with the guys just like any other regular Jharkhand player. But what surprised me most was how he middled almost every ball, be it in the pacer's net or the spinner's net. He even took throwdowns just like a player going through the batting drills does," Rajiv Kumar said.

The coach went on to add that the Chennai Super Kings (CSK) skipper's preparations have begun for the 2020 edition of the Indian Premier League (IPL).