MS Dhoni's career has had a large influence on domestic as well as international cricketers. 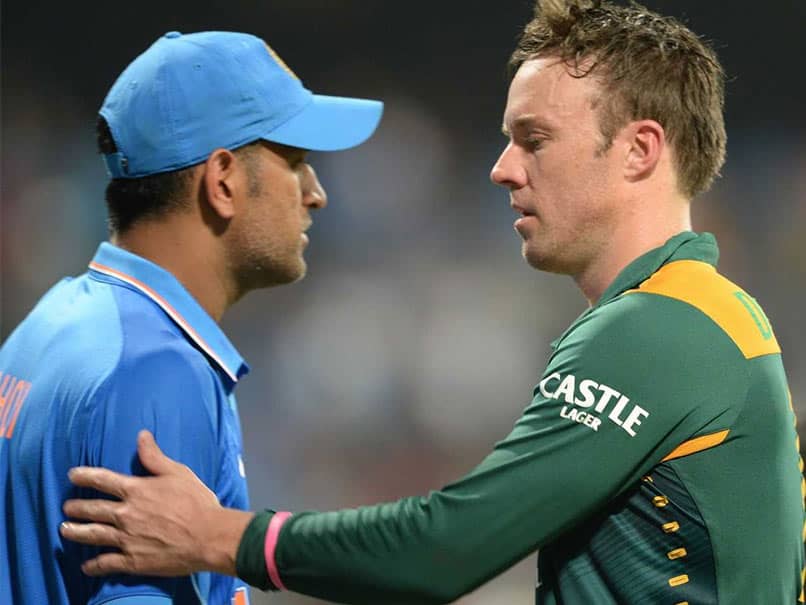 MS Dhoni made a name for himself even after coming from a state of Jharkhand.© AFP

MS Dhoni made a name for himself even after coming from the state of Jharkhand, which is not familiar with producing many cricketing talents. MS Dhoni's influence has not only carved the best out of the domestic cricketers but also played a large role on the mindset of international stars. So much so that, AB de Villers, who called time on his international career in May 2018, admitted he will think of making a comeback in World Cup 2023 if MS Dhoni is still around.

"How old will I be...oh 39!," de Villiers said in an episode of Breakfast with Champions.

"I will comeback if MS (Dhoni) is still around," the former South African batsman jokingly added.

Ab de Villiers has batted alongside some of the stalwarts of the game in the Indian Premier Legue (IPL) and he said it is a different experience batting with everyone.

The South African also compared the likes of Virat Kohli and Chris Gayle, saying both the players possess different temperaments.

"Virat (Kohli) is intense, ten out of ten, its all or nothing! Chris (Gayle) is calm....it's almost like, you take the limelight its fine," de Villiers explained.

The 35-year-old, post retirement, continues to feature in Twenty20 tournaments all around the world. His last appearance came for the Royal Challengers Bangalore (RCB) in the Indian Premier League (IPL) 2019.