Videos and pictures of MS Dhoni in his new look have gone viral on various social media platforms. 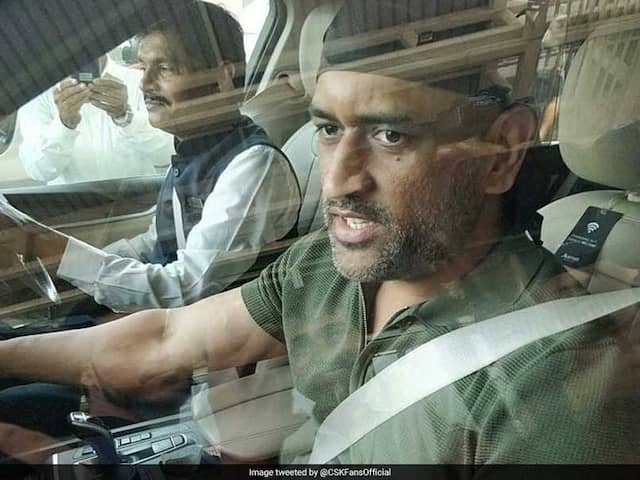 MS Dhoni was spotted in Jaipur wearing a black bandana and sporting a rather prominent stubble.© Twitter

MS Dhoni is currently not part of the Indian team that is on tour of the West Indies but continues to make headlines. The former India captain took a two-month break from cricket, making himself unavailable for the ongoing West Indies in order to serve the army. The 37-year-old, who holds an honorary title of Lieutenant Colonel in the Territorial Army, finished his stint with the army last week. MS Dhoni has now been spotted in Jaipur, sporting a new look. He was seen at the Jaipur airport wearing a black bandana and sporting a rather prominent salt-and-pepper stubble.

According to a report in IANS, Dhoni had reached Jaipur on Saturday to attend an event amid rousing reception from fans at the airport.

Virat Kohli was again in top form, leading his team from the front.

Despite hitting five half-centuries in the recently-concluded World Cup 2019, Virat Kohli failed to reach the three-figure mark in the showpiece event. The Indian skipper, however, ended his mini-drought in the 50-over format with back-to-back hundreds against the West Indies in the three-match ODI series.