MS Dhoni can achieve a major landmark in international cricket at his hometown in Ranchi. 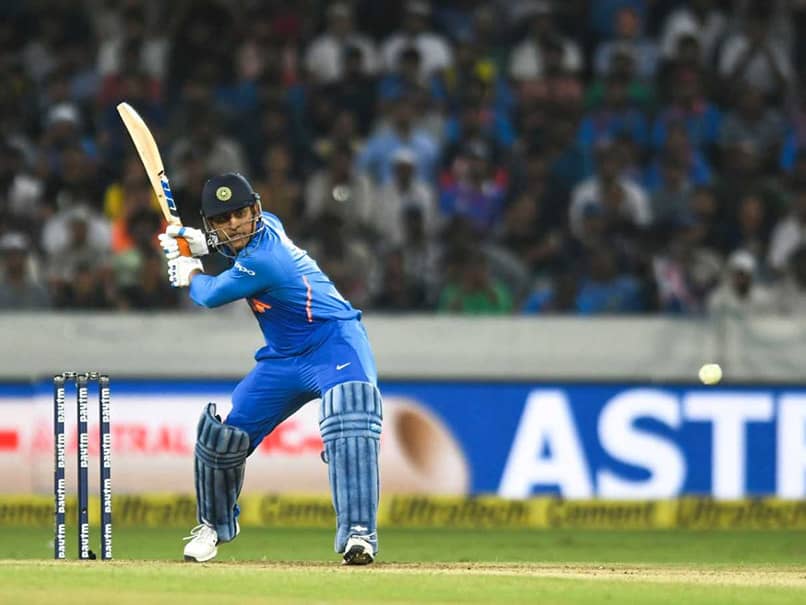 MS Dhoni might be aging but it has not stopped the veteran finish matches.© AFP

MS Dhoni might be aging but it has not stopped the veteran to finish matches or reach landmarks on the international circuit. As India looks set to host Australia in the third One-Day International (ODI) on Friday, the veteran inches closer to achieve a major landmark. Dhoni has the chance to make his hometown -- Ranchi appearance memorable as he stands only 33 runs short of reaching 17,000 runs in international cricket. The former Indian cricketer, who has featured for India and Asia XI in international cricket has accumulated 16,967 runs.

The Ranchi cricketer has scored these runs at an average of 45 from 528 matches. He records 16 centuries and 106 half-centuries in international cricket.

In the ongoing ODI series against Australia, Dhoni scored an unbeaten 59 in the first match but disappointed with a duck in the second contest. However, Dhoni can give his hometown fans plenty to cheer about in the upcoming match.

Hosts India lead the five-match series 2-0 and have a chance to seal the ODIs in Ranchi. The remaining two matches will be played in Mohali and New Delhi respectively.