MS Dhoni Explains How He Deals With Negativity And Frustration

MS Dhoni has been out of action since India's loss to New Zealand in the World Cup 2019 semi-final as he took a sabbatical and pursued other interests. 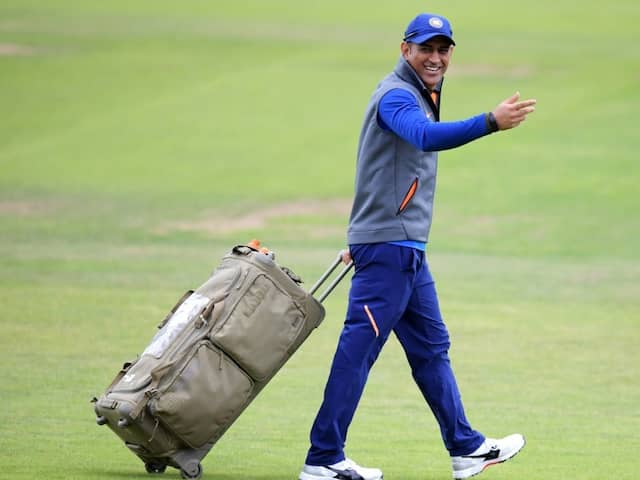 MS Dhoni has seen it all but he hardly displays any emotions.© AFP

MS Dhoni is the epitome of composure as he does not let his emotions get the better of him on or off the field. From leading the team to two world titles to facing the flak for his poor form and ponderous style of batting, Dhoni has seen it all but he hardly displays any emotions. However, MS Dhoni says that he feels as strongly as anyone else, but he is very good at blocking out the negatives. "I am like everyone else but I control my emotions better than some of the other individuals," Dhoni said on Wednesday.

Popularly known as "Captain Cool", Dhoni added that he does get frustrated, but he knows that the negativity is destructive.

"I would say, I feel equally frustrated. I also feel angry at times, disappointed. But what is important is that none of these feelings are constructive," Dhoni said.

Moreover, the 38-year-old said that finding the solutions rather than cribbing about the problems is what works for him.

"What needs to be done right now is more important than any of these emotions. What is the next thing I can plan? Who is the next individual, whom I can use? Once I get into it, I am controlling my emotions in a much better way," Dhoni added.

MS Dhoni, whose future has been a matter of speculation for quite some time now, took a sabbatical from cricket after India's 50-over World Cup campaign ended with the semi-final loss against New Zealand.