Monty Panesar hailed Virat Kohli's discipline with regard to fitness, even saying that he might take a leaf out of the Indian captain's book while trying to make a comeback in first class cricket. 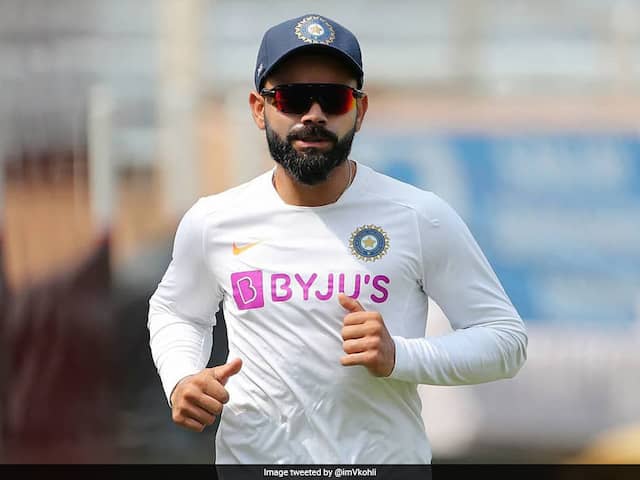 England spinner Monty Panesar hailed Virat Kohli's discipline with regard to fitness, even saying that he might take a leaf out of the Indian captain's book while trying to make a comeback in first class cricket. Panesar last played a Test match for England in 2013 and has not played a first class match in the County Circuit since 2016. He however feels that with England's bleak show in the spin department, there is always the potential for an unlikely comeback if he takes his fitness seriously.

Panesar said that the Northamptonshire County Cricket Club, for whom he used to play in the county circuit, have invited him to train with them after the new year. "Spinners are not that good (in England), maybe there is a gap and if I work on my fitness, maybe take a leaf out of Virat Kohli's book, people may start taking me seriously," he told IANS on the sidelines of the Ekamra Sports Literature Festival on Saturday.

Panesar and Graeme Swann had famously led the way with the ball as England beat India away from home in a four-match Test series in 2012 after which India have never lost a Test series at home. The 37-year-old feels that the difference between him and Swann and other England spinners is that they could take charge whenever pacers James Anderson and Stuart Broad had off days.

"When James Anderson and Stuart Broad are there, it's easy to be a spinner," he said. "You have two great bowlers and have that comfort.

Let's take them away tell the spinner to become the main bowler in England. I think what me and Swanny did, we became the main bowlers of the team when needed. We played a lot together at Northants. We did well here in India. But since then India have never lost a Test match here."

Panesar feels that Kohli's captaincy deserves a lot of credit for India's recent dominance in the longest format of the game.

"It's very difficult to beat Virat's team in India. And I saw in the last Test match that it was all seamers taking the wickets. Like England, seamers were bowling most of the session and spinners were bowling maybe one over before Lunch. He has really changed the dynamics of the Indian team.

"I love his discipline with fitness. He is a Punjabi munda. And Punjabi people find it very difficult to get off their naan, rice, their carb based diets and its brilliant how he has done that. It's made the team fit as well. When I was seeing the Indian team at the World Cup I was thinking why is this team looking so fit. He is expecting that from his team mates."

With regard to England's upcoming tour of South Africa, Panesar feels that the visitors have an advantage primarily due to the instability that has rocked Cricket South Africa which has coincided with a dip in form across formats for the team.

Panesar said that the appointment of former captain Graeme Smith is a step in the right direction for South Africa and that cricketers should be at the helm of affairs in cricket boards.

"South Africa's having a bit of a terrible time with the board and they may bring Graeme Smith as cricketing director. I believe in all cricketing boards the administrators should be ex cricketers. In England we've got Ashley Giles, Sourav Ganguly in the BCCI. Because they've played the game, they know what its like at the highest level," he said.