Mitchell Marsh injured his bowling hand after he punched a dressing room wall during a Sheffield Shield match on Sunday. 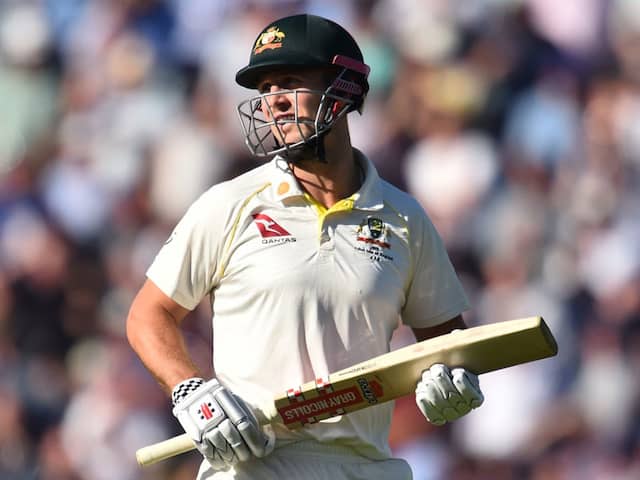 Mitchell Marsh injured his bowling hand after punching a dressing room wall to vent his anger during a Sheffield Shield match on Sunday. The 27-year-old all-rounder was in line to retain his place in the squad for the two-Test series against Pakistan, starting on November 21 in Brisbane. However, he fractured his bowling hand and hampered his chances by expressing frustration after the match between Western Australia and Tasmania ended in a draw. Mitchell Marsh revealed on Tuesday that Australia coach Justin Langer called him an "idiot" for his act of aggression.

"He just told me I'm an idiot basically. He was disappointed for me," Marsh said as quoted by cricket.com.au.

"It's pretty uncharacteristic of me to want to punch a wall. I'm a pretty easygoing sort of bloke. I'm just disappointed really - gutted," he added.

Western Australia captain Marsh led the charge with an impressive half-century, though he was caught and bowled by Jackson Bird soon after that.

Marsh apologised to his teammates for his behaviour.

"Just the feeling of letting your teammates down and not being able to be a part of the journey for the next four to six weeks, that was the point I wanted to stress to the lads, that I was really sorry and it's not an example I wanted to be setting.

"They got around me. They still love me, so it's all good."

Marsh had impressed on his return to the Australian Test team with a five-wicket haul in the fifth and final Test of the Ashes 2019 in England in September 2019.

Mitchell Marsh Justin Langer Cricket
Get the latest Cricket news, check out the India cricket schedule, Cricket live score . Like us on Facebook or follow us on Twitter for more sports updates. You can also download the NDTV Cricket app for Android or iOS.