The man who racially abused England bowler Jofra Archer during a Test against New Zealand was banned from international and domestic matches in New Zealand for two years. 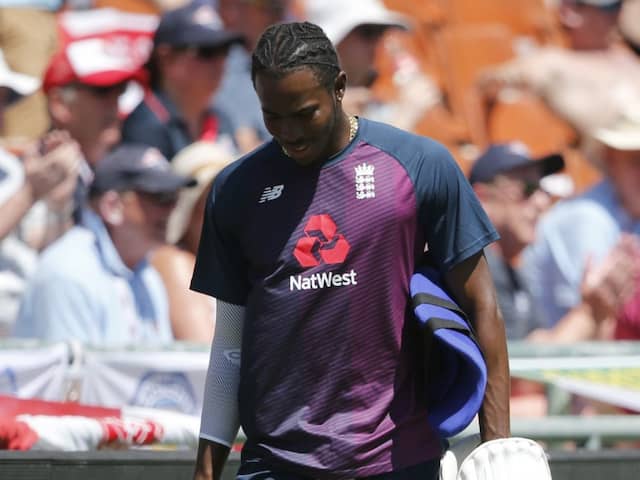 Jofra Archer was racially abused during a Test match against New Zealand.© AFP

The man who racially abused England bowler Jofra Archer during a Test against New Zealand was banned on Tuesday from international and domestic matches in New Zealand for two years. Archer was targeted by racial abuse on the final day of the first Test between England and New Zealand in November. Police tracked down a 28-year-old Auckland man who admitted responsibility for the abuse and was issued with a verbal warning for using insulting language, New Zealand Cricket spokesman Anthony Crummy said.

Crummy said the man has been banned from all international and domestic fixtures in New Zealand until 2022 and if he breached the ban he "could face further police action".

"We'd again like to extend our apologies to Jofra and the England team management for such an unsavoury incident and reiterate once more that this type of behaviour is completely unacceptable," Crummy said.

"We want to thank the police for their efforts in identifying the person responsible, and for making it clear that this type of behaviour will not be minimised."

The Barbados-born bowler tweeted after the match it was "a bit disturbing hearing racial insults today whilst battling to help save my team".

The 24-year-old said the abuser was a solitary spectator making comments "about the colour of my skin".