Jasprit Bumrah and his mother Daljit Bumrah in a video recalled the tough times and hard days they had to endure when Jasprit was younger and how they fought through them. 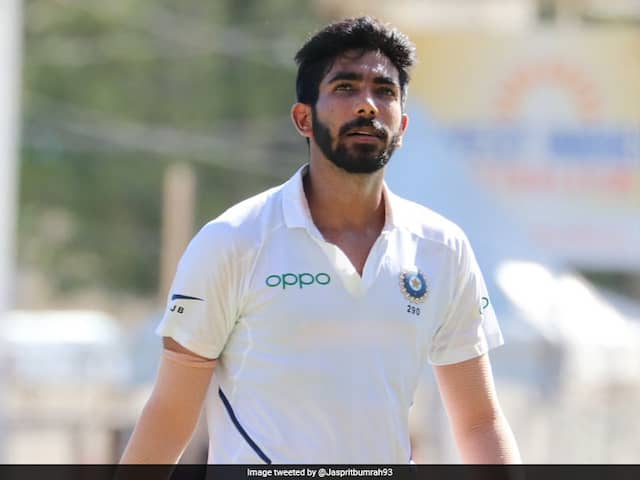 Jasprit Bumrah is currently in London to get treatment for a stress fracture in his lower back.© Twitter

Jasprit Bumrah, the fast bowler who rose to fame in a short span of time, and his mother Daljit Bumrah recalled their days of struggle in a video tweeted by Mumbai Indians on Tuesday. "'Talent can come from anywhere and reach the pinnacle of success.' Watch the transformational journey of @Jaspritbumrah93 from a rookie to a world-beater," Mumbai Indians captioned a minute and 46 seconds long video, which featured Indian Premier League's Mumbai-based T20 franchise owner Nita Ambani speaking at the Sports Business Summit in London on Monday.

"Talent can come from anywhere and reach the pinnacle of success."

"Talent can come from anywhere and reach the pinnacle of success. I would like to share with you the transformational journey of a young boy who was discovered by Mumbai Indians from a small time of India," Nita Ambani said, before the screen started displaying Bumrah's inspirational journey.

Daljit said she was elated to see her son play an IPL match for the first time on TV.

"The first time when I saw him on that IPL match on TV, I couldn't stop crying. He has seen me struggle financially and physically also," she said.

Jasprit said, "All these tough times make you strong because you've seen tougher days before."

The Indian bowler is currently in London to get treatment for a stress fracture in his lower back. "No place like London," Bumrah tweeted on Tuesday.

Bumrah was in a phenomenal form during the recent West Indies tour, where he picked up 13 wickets in two Test matches, including a hat-trick.