Brian Lara believes that the Indian fast bowlers are unplayable at times and that has made India a force to be reckoned with, even on away tours. 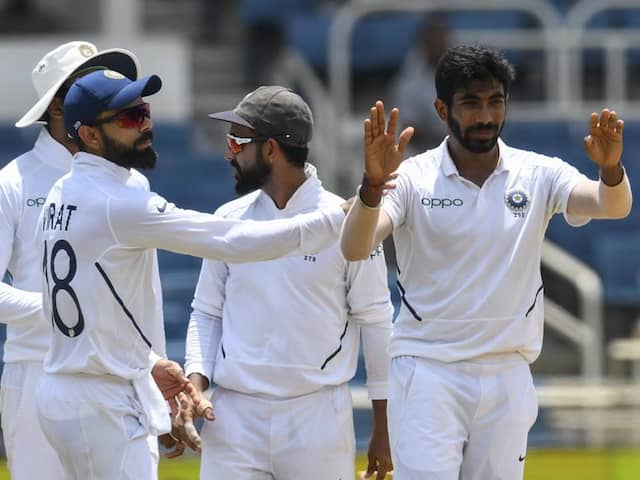 West Indies batting legend Brian Lara said that the current Indian bowling lineup reminded him of the famous West Indies attack of the 1980s and '90s. Lara said that India's fast bowlers sometimes looked unplayable on their tour of the Caribbean earlier this year and also praised the Virat Kohli-led team for its bench strength. "I saw (India) in the West Indies and I must say what I was accustomed to in the past ... this is pretty special," he said.

"I thought their fast bowlers were sometimes unplayable," he said. "And the guys that you have on the sidelines, it reminds me a little bit of what the West Indies had back in the '80s and '90s ... the reserve strength is very important in assessing a team's ability."

West Indies had a fearsome fast-bowling attack in the '80s and '90s, with the likes of Michael Holding, Andy Roberts, Joel Garner, Malcolm Marshall, Curtly Ambrose and Courtney Walsh dominating the opposition batsmen.

"We all know the Indian team was not the most respected when they travelled. They were very respected at home but now India on a world stage anywhere they play is a force to be reckoned with," Lara said.

India's new-look pace-bowling lineup has played a part in India's image as a strong travelling contingent. While the batsmen sometimes struggled on foreign pitches, the fast bowlers enjoyed themselves and made the most of conditions that assisted their craft.

Jasprit Bumrah, who has picked up 5-wicket hauls in tours of South Africa, England, Australia and West Indies, has been the pick of the pacers for India, with Ishant Sharma, Mohammed Shami, Bhuvneshwar Kumar and Umesh Yadav providing options for Virat Kohli to choose from.

Bumrah was especially menacing against West Indies, where he picked up 13 wickets in two matches. In the first innings of the second Test, he picked up a hat-trick, becoming only the third Indian to do so in Test cricket, as he finished with figures of 27/6.

Brian Lara also said India can dominate like West Indies teams in the '70s and '80s and Australia in the '90s and early 2000s.

"Well, those teams dominated world cricket ... the West Indies in the '70s and '80s, the Australians in the '90s and the early part of the 21st century. India has that capability," he said.