India begin their last T20 Internationals series for 2019 as they take on the West Indies in the first of three matches at Hyderabad on Friday. 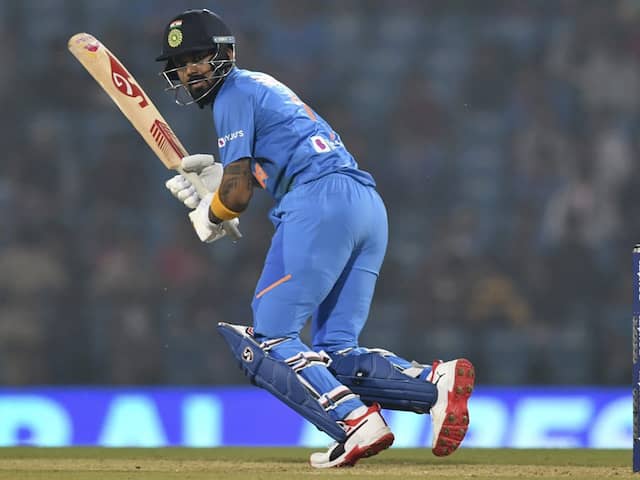 KL Rahul will get a chance to impress in the opener's role in Shikhar Dhawan's absence.© AFP

As India take on West Indies in the first T20 International (T20I) of their three-match series in Hyderabad, it will be a chance for KL Rahul to stake a claim for the opener's slot along with Rohit Sharma, while Rishabh Pant will get another chance to show that he deserves to be on the flight to Australia in October next year for the T20 World Cup. West Indies, on the other hand, will be looking for some payback, having lost 3-0 when India played them last.

With Virat Kohli back in the T20I squad, having sat out of the series against Bangladesh, KL Rahul will likely move up to the opener's slot along with Rohit Sharma that was left vacant due to Shikhar Dhawan's injury.

Rahul impressed in the third T20I against Bangladesh with a fine half-century as India edged the series decider. Rahul has been prolific in the IPL as an opener and would want to use the opportunity to show why he should be picked in his preferred role.

Sanju Samson, who was picked for the Bangladesh series and dropped without getting a game, has been recalled to the squad as Dhawan's replacement. The Kerala wicketkeeper-batsman's presence will only add further pressure on Rishabh Pant, who had a dismal series against Bangladesh.

The left-hander again failed to make a big score with the bat and to add to his woes, he made a series of blunders behind the stumps and with DRS calls.

Albeit given a long rope by the team management, Pant would know that he has to prove that he deserves it, with Sanju Samson breathing down his neck and MS Dhoni's future still in the balance.

In the bowling department, Bhuvneshwar Kumar and Kuldeep Yadav have returned to the squad. While Bhuvneshwar was out with injury, Kuldeep has been overlooked for selection in India's limited-overs squad since they toured New Zealand in February.

Mohammed Shami has also made the squad.

Deepak Chahar, who recorded the best figures in men's T20Is in the series decider against Bangladesh, will look to impress in the presence of his senior fast bowlers.

West Indies will look to bounce back from their 2-1 T20I series defeat to Afghanistan in Lucknow. Chris Gayle, who has opted out of the ODI series, is unlikely to feature in the T20I series as well.