Sachin Tendulkar turned 46 on Tuesday and the International Cricket Council had a "perfect" tribute. 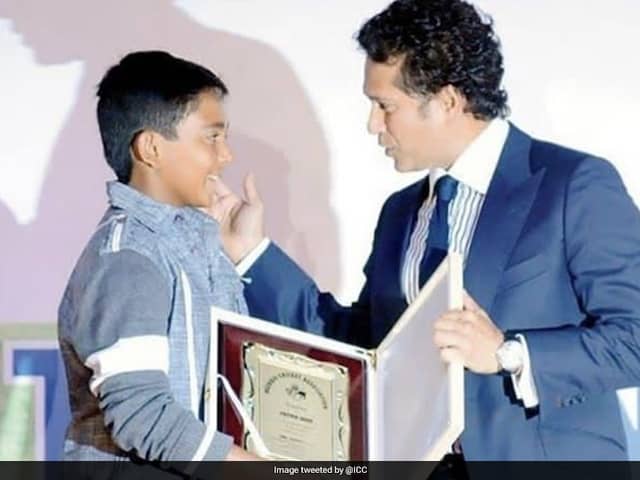 Prithvi Shaw has often been compared with Sachin Tendulkar because of his flawless batting technique.© Twitter

Sachin Tendulkar, the legendary Indian batsman, turned 46 on Wednesday. While wishes poured in from all over the world, the International Cricket Council's (ICC) tweet clearly stood out. Sachin Tendulkar and Prithvi Shaw feature in a collage of pictures shared by the ICC on their official Twitter handle. In the first picture, Tendulkar can be seen giving an award to Prithvi Shaw, who would have been 12 or 13 years old at that time. The second picture is a recent one in which Prithvi Shaw, who made his international debut last year, can be seen posing with his batting idol. "Perfect pictures do not exi... wait, yes they do!" ICC captioned the picture.

Perfect pictures do not exi... wait, yes they do!

Prithvi Shaw has often been compared with Sachin Tendulkar because of his flawless batting style and technique.

Whereas Sachin Tendulkar, who made his international debut at the age of 16 in 1989, is the leading run scorer in Tests, with 15,921 runs and One-day Internationals, with 18,426 runs.