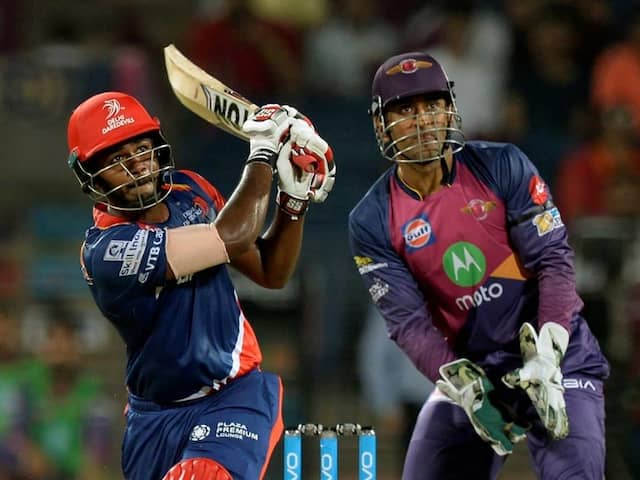 Sanju Samson was all praise for MS Dhoni.© AFP

For all budding cricketers, to play for your country alongside the heroes that you idolise is the ultimate dream, and it was no different for Sanju Samson. But for the Rajasthan Royals star, there was a more literal "dream come true" moment, courtesy none other than former India captain MS Dhoni. Speaking on an Instagram live chat with Chennai Super Kings, Sanju Samson recalled an incident from the early days of his career, which spoke volumes of how much he respects the World Cup-winning stumper.

Asked about his interactions with Dhoni, the 25-year-old said he had first shared the dressing room with him when he was just 19 years old, during a tour of England.

"After that, I didn't play for India for five years," Samson said.

"For those five years, I was dreaming of playing for India, I was literally dreaming," he said, before retelling his anecdote.

"I had a dream that Mahi bhai is the captain of the team and he is changing fields," Samson said.

"I was standing in slip and he said 'Sanju, wahan jaa (go there),' and I ran to the position," he said.

"After a few days, we got the news that he has stepped down from captaincy. So, I was thinking how will that dream come true? I don't think that is going to happen," Samson continued.

"After a few weeks, we played a match in Mumbai, with India A against England, for which they asked him to captain," Samson said.

"And I was standing in the slips and he said 'Sanju, udhar jaa', and I ran to position, so finally that dream happened," he said.

He conceded that he had been too nervous to tell the former skipper about his dream, but he said he hopes that when he does tell him, it will bring a smile on Dhoni's face.