Faf du Plessis hinted that AB de Villiers' return was almost a done deal, although both De Villiers and South African assistant coach Enoch Nkwe have emphasised that it is far from finalised. 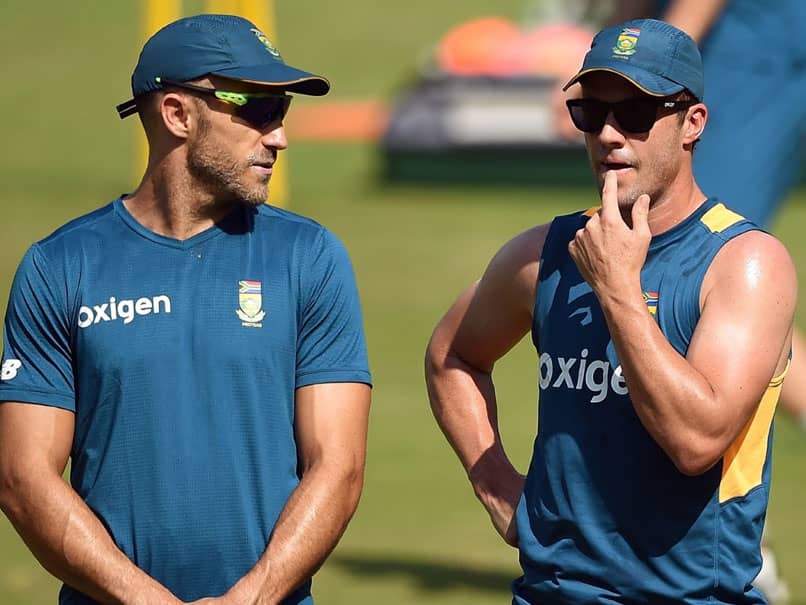 AB de Villiers will be welcomed back into the South African team ahead of the T20 World Cup, captain Faf du Plessis said on Wednesday. Batting star De Villiers, who retired from international cricket in 2018, was quoted on an Australian website on Tuesday as saying he was keen to return. He said he had been talking with former captain Graeme Smith, South Africa's interim director of cricket, as well as coach Mark Boucher and Du Plessis. Speaking on the eve of South Africa's third Test against England, which starts on Thursday, Du Plessis hinted that De Villiers' return was almost a done deal, although both De Villiers and South African assistant coach Enoch Nkwe have emphasised that it is far from finalised.

He made himself available for the one-day World Cup last year, only to be rejected, with officials saying he left it too late and calling him up would be unfair to other players.

Du Plessis first revealed last month that he had been talking to his one-time schoolmate, who is among the world's most in-demand T20 players.

"It's the same as what I mentioned before," said Du Plessis.

"We spoke and I was very keen to have him back even before the new coaching staff was on board."

Now it seems the team's senior management are similarly keen.

"It was a process of what does the next year look like in terms of T20 cricket," said Du Plessis.

"How many games, where, when, what? And then try to unfold that in a way that he can come back.

Du Plessis said he did not want a repeat of what he said happened ahead of last year's 50-overs World Cup when combinations were not settled before the tournament.

"There was a search to find the players and the combinations. I would like to settle into that combination a little earlier so the guys can play as many games as possible together," he said.

De Villiers is currently playing in Australia's Big Bash League, which ends on February 8, and is committed to playing in the Indian Premier League from March 29 to May 24.

South Africa have three T20 international series ahead of the World Cup in October and November.

They play three home matches against England from February 12, followed immediately by three against Australia. They are also scheduled to play a five-match T20 series in the West Indies in August.