Ben Stokes could find himself leading out the team for next week's first Test at Southampton -- or later in the three-match series -- should Joe Root be absent attending the birth of his second child. 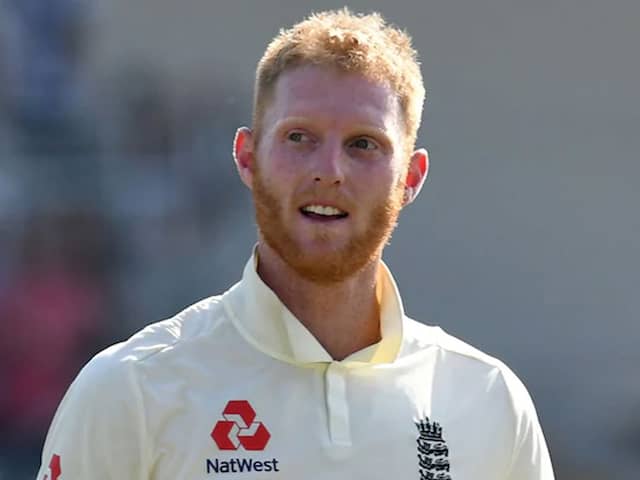 Ben Stokes said he was "proud" to be in a position where he might replace Joe Root as England skipper.© AFP

Ben Stokes said he was "proud" to be in a position where he might replace Joe Root as England skipper against the West Indies, even though he has not captained a side since he was a teenager. Vice-captain Stokes could find himself leading out the team for next week's first Test at Southampton -- or later in the three-match series -- should Root be absent attending the birth of his second child. But the powerful all-rounder said he would accept the "huge honour" if it came his way. "Even if it's only the once you can still say 'yeah, I've captained England'," he told a conference call on Monday.

Stokes was restored to his position as Test vice-captain in July 2019, nearly a year after being found not guilty of affray following an incident outside a nightclub.

"After that happened it was 'right, what am I going to do from this point forward?," Stokes told Sky in a separate interview as he recalled the incident. "How am I going to carry and conduct myself?'

"I'm quite proud to say I'm in this situation through hard work and determination. I wanted to get better and it's been no fluke."

But Stokes, who last led a cricket team aged 16 for Durham Academy, insisted captaincy had never been on his list of priorities.

"I've never set a goal to want to be a captain," explained the 29-year-old.

"If I'm being honest, I'm not one of those that people would necessarily associate (as) the next England captain."

'Nine slips and a gully'

With Stokes already England's star all-rounder, pundits including former captain Kevin Pietersen have said he does not need the extra responsibility of captaincy as well.

But Stokes, who jokingly said he would have "nine slips and a gully" as captain, insisted leadership would not dull his attacking approach.

Last year he played a key role in England's World Cup triumph before scoring a stunning century at Headingley to win an astounding Test victory over Australia.

"Even if I am in charge that's not going to change the way that I go about things, in terms of how I want to influence the game, which is try to make a positive effect with the ball or bat in my hand," he said.

One problem for Stokes, as fellow pace-bowling all-rounders Ian Botham and Andrew Flintoff discovered when they were England captain, could be deciding on when to bowl himself.

"It depends if it is a flat wicket or not. If it is flat I will throw the ball to Jofra (Archer), Jimmy (Anderson) and Broady (Stuart Broad) and say 'here you go'," he joked.

"I guess I will have to be a bit more mindful if I am the one making that decision."

England will select a side from a 30-man squad currently training at a bio-secure Southampton, with a three-day intra-squad match -- their lone warm-up fixture -- starting on Wednesday.

National selector Ed Smith and his panel will pick the team but England captains, however, traditionally have an influence upon the final XI and Stokes admitted: "I might not have as many friends after this Test match."