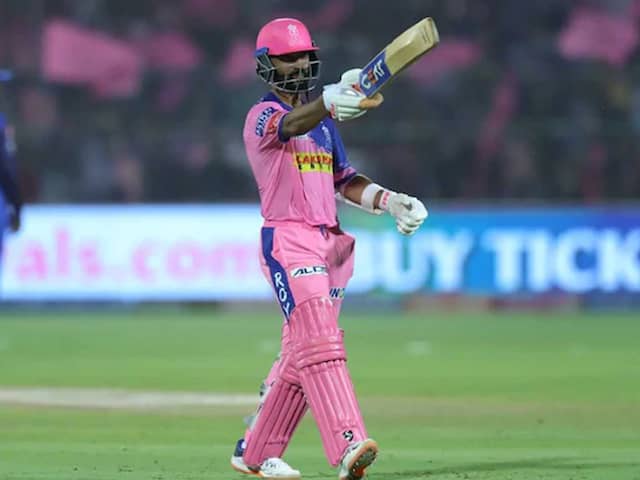 India's Test vice-captain Ajinkya Rahane is likely to be traded to Delhi Capitals from Rajasthan Royals before the IPL players' transfer window expires on Thursday. "Talks are still going on. A decision has to be made before the end of the day and it will be made," a BCCI official told PTI.

Rahane, who has been trying to get back into India's limited overs set up, established his T20 credentials as an opener after moving to Royals from Mumbai Indians in 2011.

The deal could also be a swap between Royals' Rahane, who has a price tag of Rs four crore, and Capitals' Prithvi Shaw, whose doping ban ends on Friday.

Rahane, who was removed as captain in the middle of the 2019 season with Steve Smith taking over the leadership, did rather well last year, scoring 393 runs in 14 games at 32.75, including an unbeaten 105.

Ajinkya Rahane Prithvi Shaw Cricket
Get the latest Cricket news, check out the India cricket schedule, Cricket live score . Like us on Facebook or follow us on Twitter for more sports updates. You can also download the NDTV Cricket app for Android or iOS.