David Warner and Steve Smith are currently serving 12-month bans from the Australian national team after being found guilty in the ball-tampering controversy. 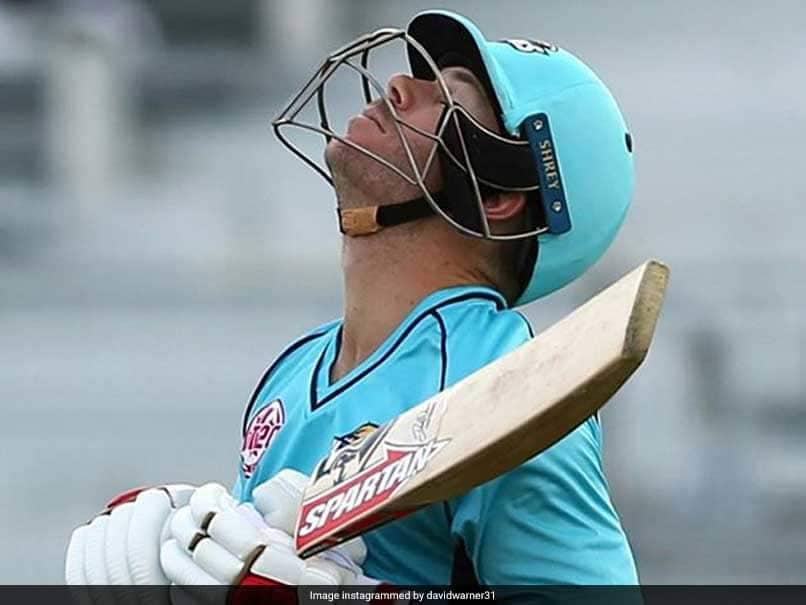 David Warner was banned by Cricket Australia for his involvement in ball-tampering controversy.© Instagram

David Warner and Steve Smith on Saturday played together for the first time in Australia's domestic T20 competition since being banned by Cricket Australia for a year after they were found guilty in the ball-tampering controversy that happened in March earlier this year. Soon after the match, David Warner opened up on his ban from the Australian national team. The 32-year-old said that he is "ashamed of what happened" in Cape Town Test. Warner also added that his long-term goal is to get back into the national team and play the 2019 World Cup.

"What happened (in Cape Town) was very disappointing, we are ashamed of what happened," Warner was quoted as saying by cricket.com.au.

"At the end of the day I'm sitting here 12 months on the sideline, that's my take on it. The end result and the long-form goal is to get back in the Baggy Green and play the World Cup (next year). But it's a game at a time," Warner added.

Apart from Smith and Warner, opening batsman Cameron Bancroft was handed a nine-month ban for his involvement in the ball-tampering scandal.

The Australian team has had a poor run of form in all the three formats since the ouster of the batting duo. Prior to the victory in the second One-day International (ODI) against South Africa on Friday, the team suffered seven consecutive loses in the 50-over format.

Talking about Australia's victory against South Africa, Warner said, "That's the hardest thing with the (Australia) team at the moment, but they had a tough win last night. To be positive and try and pump the boys up is the most important thing from where we sit right now. They're training their backsides off to win games. If we can be a bit more positive in what we do, it will help them go a long away."

The Australian team, led by Aaron Finch in the limited overs format, is playing a three-match ODI series against South Africa. The series is currently leveled at 1-1.

The final match of the ODI series between South Africa and Australia will be played at the Bellerive Oval in Hobart on Sunday.

Steven Smith Cameron Bancroft Cricket
Get the latest updates on India vs England Series, India vs England , live score and IPL 2021 Auction . Like us on Facebook or follow us on Twitter for more sports updates. You can also download the NDTV Cricket app for Android or iOS.