Perth will host Afghanistan for a one-off Test instead of a high-profile match involving India. 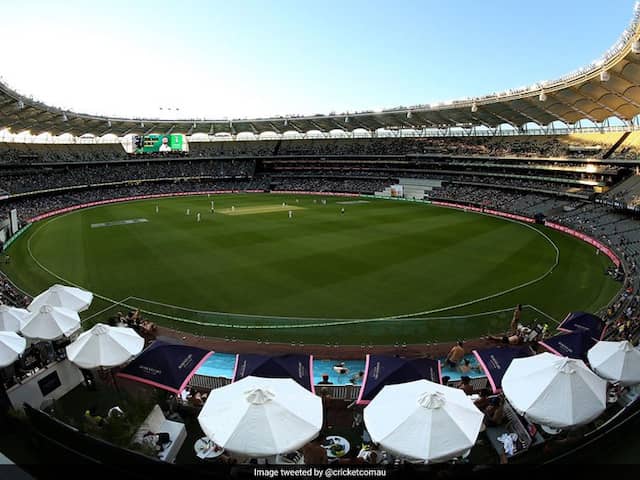 Perth will not be hosting any of the Tests when India visit Australia this year.© Twitter

Cricket Australia CEO Kevin Roberts on Friday explained that Perth will not host a Test match against India during the Australian summer to maintain the balance of the eight-year host cycle from 2015 to 2023. "If Perth received the India Test (this year) it would mean that Perth would have hosted two England Tests and two India Tests over the eight-year cycle for a total of four ... whereas Brisbane would have only hosted two," cricket.com.au quoted Roberts as saying. The much-anticipated Test series between India and Australia will take place in December, with the second Test between the two being a day-night Test and it will take place in Adelaide, starting from December 11.

"So that would have created an imbalance over the cycle of the Future Tours Programme. And in the national interest and ensuring we take high-profile Test matches to cricket fans in Queensland, it was a more well-balanced solution. Assuming, of course, that we could get full crowds in play, that's when this schedule was determined," Roberts informed.

Australia has finalised Brisbane, Adelaide, Melbourne and Sydney for the four-match Test series against India later this year.

According to WACA cricket chiefs, they were promised a guaranteed top-line Test every year once Perth Stadium replaced the WACA Ground as the state's prime international venue.

"This is the second time we haven't had India scheduled, the last time we were told it was because our venue wasn't good enough and if we supported a new stadium, this would never happen again, and here we are again," ESPNCricinfo quoted Matthews as saying.

As per the schedule, WACA will be hosting the day-night Test against Afghanistan from November 21-25 and it will be a day-night affair. The match between Australia and Afghanistan will kickstart the home season of Australia.

W.A.C.A. Ground, Perth Cricket
Get the latest Cricket news, check out the India cricket schedule, Cricket live score . Like us on Facebook or follow us on Twitter for more sports updates. You can also download the NDTV Cricket app for Android or iOS.