Watch: Ball Goes For A Boundary But Batsman Keeps On Running In Sheffield Shield Game

The incident occurred when the batsman edged the ball through slip cordon and it raced away to the third-man fence, giving him four runs. 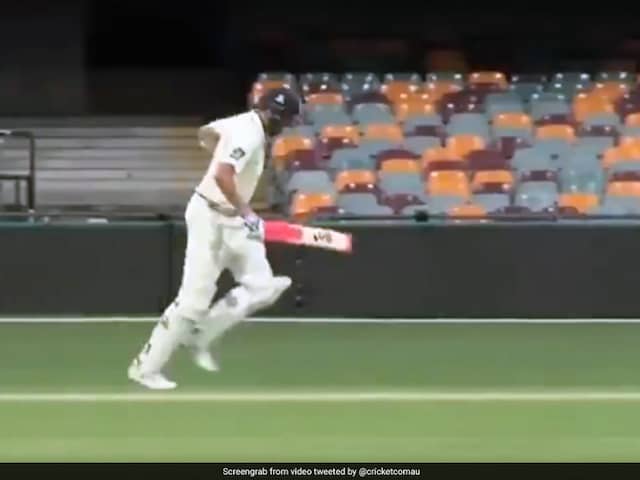 The ball crossed the fence but the batsman forgot to stop running.© Twitter

Cricket is a passionate sport which demands full commitment from the players. Fans criticise players who do not give their all in the field. But sometimes, doing more than what is required also can turn a player into a laughing stock. During a Sheffield Shield match, a player became a butt for jokes for doing more than what was required of him. The incident occurred when the batsman edged the ball through slip cordon and it raced away to the third-man fence, giving him four runs. However, he kept running even after that and completed two more runs. Cricket Australia posted the video of the above incident on Twitter and took a funny dig at the player by writing, "When the phrase 'save your legs' means nothing to you #SheffieldShield".

When the phrase 'save your legs' means nothing to you #SheffieldShield pic.twitter.com/thquWVPmFE

What's even more hilarious was that all this while his batting partner stood firm at the non-striker's end, which made it even more hard to understand why he kept running.

The incident left the commentators in splits and they couldn't stop their laughter and started making fun of the batsman. In the video one of the commentators can be heard saying "you can't get any more than four".

The other commentator also chipped in with a hilarious comment, he said, "you just ran eight".

After the batsman stopped running, the one of the commentators tried to remind the batsman of the rules. He said, "once it goes over the rope.. game over".

Recently, Australia's star Steve Smith made headlines for experiencing a rare failure as he got out for a duck, playing for New South Wales.

Smith was his side's star performer in the Ashes 2019 as he scored over 700 runs and helped his side retain the Ashes urn in England for the first time in 18 years.