Australia are unbeaten in T20Is in 2019, most recently defeating Sri Lanka and Pakistan as their home summer kicked off. 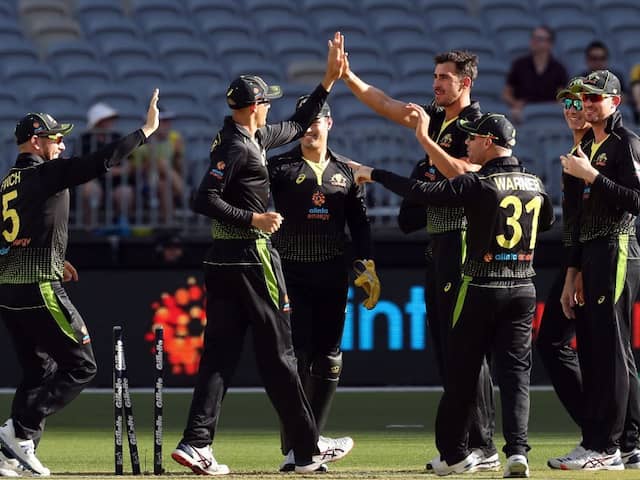 The Twenty20 World Cup is the only major piece of silverware missing from Australia's trophy cabinet but the hosts are gearing up perfectly to end the drought next year, former wicketkeeper Adam Gilchrist has told Reuters. Australia are the most successful side in the 50-over World Cup with five titles but are yet to taste success in the shortest format's showpiece event, which has been held six times since its inaugural edition in 2007. Aaron Finch's side beat Sri Lanka and Pakistan in recent back-to-back T20I series to go unbeaten in the format in 2019 and Gilchrist said home conditions would make Australia hard to beat when the World Cup starts next October.

"I think they are really well-placed seeing how they've started the summer," Gilchrist said in an interview. "They'll love the conditions, they love the grounds, they're bigger grounds, they'll play them well.

"We got everyone available now, which is great. I think Australia is, probably for the first time ever, focusing on picking their best team regularly and not just for the World Cups. "

Australia won 2-0 in India in February before blanking Sri Lanka and the world's top-ranked T20 side Pakistan at home recently and they have scheduled plenty of matches in the shortest format before next year's tournament.

Gilchrist, who retired in 2008 after a glittering career spanning almost 12 years, said Australia had enough time to pin down their perfect combinations for the shortest format.

"I think they're probably still working out whether to use two spin bowlers or one spin bowler and a batting all-rounder like Mitch Marsh or (Marcus) Stoinis," he said after a promotional event in Mumbai for Tourism Western Australia.

"Ashton Agar is doing a really good job, and if you look at all the successful bowlers in T20 around the world, they're all spinners. Nine out of the top 10 in the rankings are spinners.

"They've got time to work that out but I think they have got a really well-balanced squad."

Gilchrist says Tim Paine's glovework is on a par with the best in the world and Australia's 34-year-old test captain was also doing a "wonderful job".

Batting talisman Steve Smith is banned from leadership roles until March because of his involvement in last year's Cape Town ball-tampering scandal and Paine has been credited with helping guide the test side out of the dark days that followed.

While Paine also helped Australia retain the Ashes on English soil for the first time since 2001 earlier in the year Smith's show with the bat during the series sparked calls for him to be restored to the captaincy.

"I still think in test cricket you've got to be looking to pick your best wicket-keeper," said Gilchrist, who played 96 tests and 287 one-day internationals.

"Like every player he's got to hold his spot in the team. As far as being selected as the best available option for that player-type, I think he's doing a wonderful job.

"What he took on, when he took it on, he in partnership with (coach) Justin (Langer) and all the players over the past 12 months have done a remarkable job to just get a nice, stable balance back.

"I can't see any rush to push him out, as long as he's still performing, like we all had to, to stay in the team."

Australia Cricket Team Adam Gilchrist Cricket
Get the latest Cricket news, check out the India cricket schedule, Cricket live score . Like us on Facebook or follow us on Twitter for more sports updates. You can also download the NDTV Cricket app for Android or iOS.