Australia vs Pakistan: Australia's 21-year-old Will Pucovski was in the reckoning for a place in Test team but pulled out to deal with mental health issues. 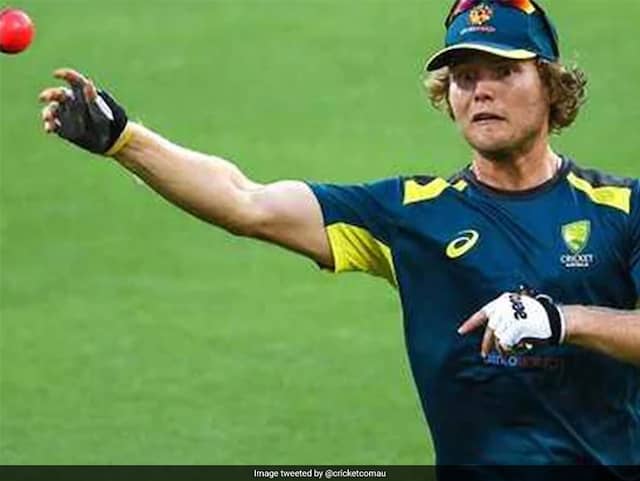 Australia vs Pakistan: Will Pucovski has a history of mental health battles.© Twitter

Young batting prodigy Will Pucovski pulled out of contention for a place in Australia's Test team to play Pakistan on Thursday as he continues to battle mental health issues. The 21-year-old informed management of his decision during Australia A's three-day clash against Pakistan in Perth, which ended in a draw Wednesday and was seen as a "bat-off" with at least two Test spots up for grabs. Pucovski scored five in his only knock.

"We applaud Will for having the courage to discuss his situation with team management in Perth," said Cricket Australia's head of national teams Ben Oliver.

"Will's decision not to nominate for Test selection was the right one in the circumstances and one that everyone in the Australian cricket family supports."

The first Test starts next week in Brisbane, with Australia's squad due to be announced later Thursday.

That move came after short-format specialist Glenn Maxwell opted to take a "short" break from cricket to deal with similar challenges.

Pucovski, who announced himself with a superb 243 for Victoria against Western Australia last season, has a history of mental health battles.

Following that double century, he took a long break and later told reporters: "It was one of those things where what it looked like from the outside wasn't quite matching up with what it was on the inside."

He seemed to recover and was parachuted into the Australia squad in January for two home Tests against Sri Lanka, but did not play and was released during the second Test as he continued to struggle with his mental health.

"We are putting player well-being first and supporting them unconditionally."

Australia take on Pakistan in their first home Test of the summer from November 21-25.

Pakistan Cricket Team Will Pucovski Cricket
Get the latest Cricket news, check out the India cricket schedule, Cricket live score . Like us on Facebook or follow us on Twitter for more sports updates. You can also download the NDTV Cricket app for Android or iOS.