Australia vs Pakistan: Usman Khawaja and Marcus Harris were axed with Cameron Bancroft and Joe Burns replacing them in the Australia Test squad. 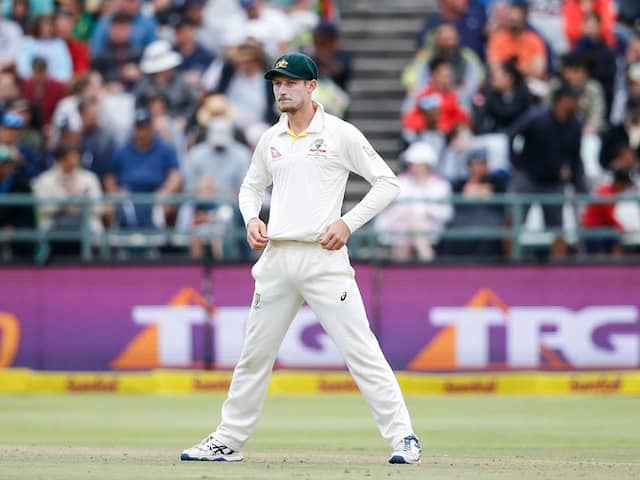 Cameron Bancroft and Joe Burns got the nod Thursday for Australia's Test squad to face Pakistan, with Usman Khawaja and Marcus Harris axed after flopping during the Ashes series against England. Bowling allrounder Michael Neser was also included as a back-up to the formidable pace attack of Josh Hazelwood, Pat Cummins, Mitchell Starc and James Pattinson. Bancroft was only rushed into the Australia A team at the last minute this week when Nic Maddinson pulled out to deal with mental health issues.

But he made the most of his opportunity, top-scoring with 49 in their first innings total of 122 all out to put himself in the reckoning after failing to make an impact in the Ashes on his return to Test cricket after a ball-tampering ban.

He is one of three specialist openers, along with Burns and Warner, but is more likely to play down the order if selected for the two Tests starting in Brisbane next week, followed by a day-night clash in Adelaide.

Burns was unlucky to be overlooked for the Ashes having scored a century in the last Test he played against Sri Lanka in February.

National selector Trevor Hohns suggested he would open with Warner, pointing out that "he has Test hundreds on the board and has combined very well with David in the past".

Harris and Khawaja miss out after failing to impress in England or in the Australia A match, which was seen as a "bat-off" for the Test slots up for grabs.

"As always there were players who were unlucky to miss the squad. Those players remain firmly in the national selection frame and will continue to be monitored closely," added Hohns.

Middle-order batsman Travis Head, who was dropped for the last Ashes Test, was given another chance after young prodigy Will Pucovski, widely tipped to be included, pulled out of contention earlier Thursday citing his "mental wellbeing".

Pucovski, who announced himself with a superb 243 for Victoria against Western Australia last season, has a history of mental health battles.

Following that double century, he took a long break and later told reporters: "It was one of those things where what it looked like from the outside wasn't quite matching up with what it was on the inside.

He seemed to recover and was parachuted into the Australia squad in January for two Tests against Sri Lanka, but did not play and was released during the second Test as he continued to struggle.

Pucovski is the third Australian Test aspirant in recent weeks to take time away from cricket to tackle mental health issues, with Maddinson and Glenn Maxwell also both currently out of action.

Hohns said Neser was included due to "his ability move the ball both ways, giving the team another bowling option depending on the conditions".

"We are blessed to have four of the best fast bowlers in the world challenging each other for spots and most importantly playing as a group," he added.

Usman Khawaja Marcus Harris Cricket
Get the latest Cricket news, check out the India cricket schedule, Cricket live score . Like us on Facebook or follow us on Twitter for more sports updates. You can also download the NDTV Cricket app for Android or iOS.