Former Indian Test skipper Anil Kumble said that pulling out of the Australian tour in 2007-08 would have been accepted by fans but his team decided against it for a specific reason. 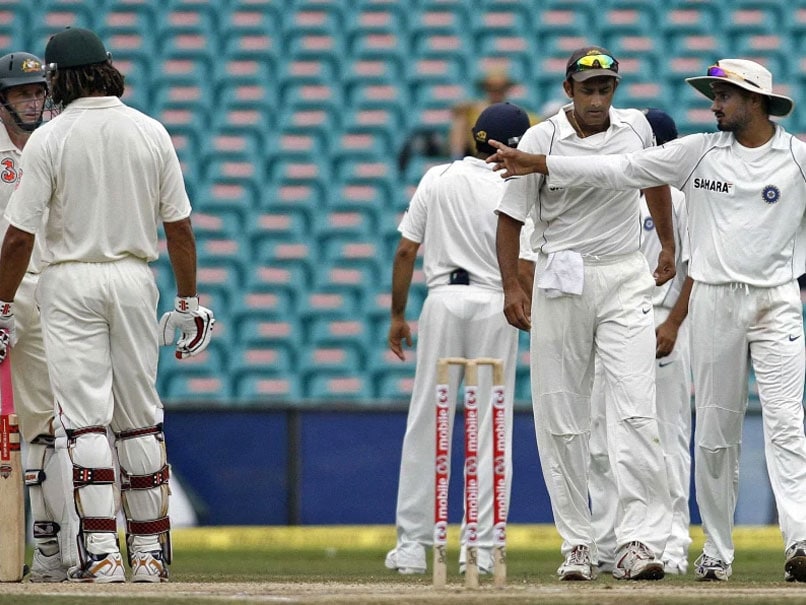 The 2008 Sydney Test is still famous for poor umpiring calls and the Monkeygate scandal.© AFP

Former Indian Test skipper Anil Kumblehas revealed that pulling out of the Australian tour in 2007-08 would have been accepted by fans but his team continued the Test series to prove their mettle on foreign soil. The Sydney Test, which was the second match of the series, is still famous for poor umpiring callsand the Monkeygate scandalafter which Indian spinner Harbhajan Singhwas banned for three matches by International Cricket Council (ICC) for allegedly racially abusing the then Australian all-rounder Andrew Symonds.

"You know as a captain you are generally tuned to take decisions on the field. Here, I was faced with something, which was off the field, to take a decision in the larger interest of the game. And one of our players [Harbhajan Singh] was obviously banned for three matches because of a racist remark - that what the pronouncement was and we appealed," Kumble told Ravichandran Ashwin in his Youtube show 'DRS with Ash'.

The former leg-spinner, who has taken most wickets in Test for India felt that Harbhajan was "wronged".

"I felt he was wronged. We had to obviously be together as a team but the challenge was that there was a lot of talk about the team wanting to come back at that point in time, and leave the tour and come back. Yes, you know, probably [people] would have accepted that the Indian team was wronged and that's why they came back," the legendary spinner said.

India lost the Sydney Test by 122 runs but came back stronger to defeat Australia in the third Test by 72 runs. The fourth Test ended in a draw as Australia clinched the Test series 2-1.

"But I think as a captain, or as a team, we had gone there to win the series. Unfortunately, with the first two results not going our way, the best result could have been a drawn series because two more Test matches remained and I just wanted to rally around the team," said Kumble.

"We got around as a unit and then we sort of took a decision to continue and make sure that we go on and win the next couple of matches because that would be the best message that we can give back to our fans. Because whenever an Indian team travels abroad, the fans expect the team to do really well and win the series. I certainly believe that we had the ability to do that," he added.

Sydney Cricket Ground (SCG), Sydney Andrew Symonds Harbhajan Singh Cricket
Get the latest updates on Olympics 2020, Olympics 2020 Medal Tally, Live Cricket Score . Like us on Facebook or follow us on Twitter for more sports updates. You can also download the NDTV Cricket app for Android or iOS.