Eoin Morgan said that opening batsman Alex Hales would "might take some time" to return to the team after he was axed from England's World Cup squad last summer for failing a second test for recreational drug use. 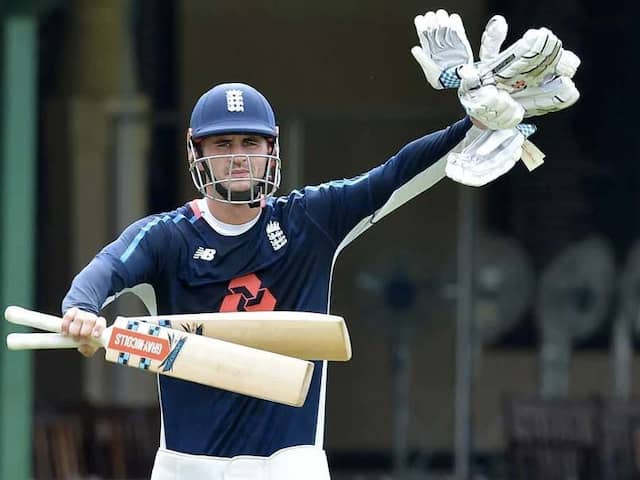 England ODI skipper Eoin Morgan said that opening batsman Alex Hales would "might take some time" to return to the team after he was axed from England's World Cup squad last summer for failing a second test for recreational drug use. According to World-Cup winning captain, Hales broke the trust of the side which was "extremely dramatic". "Alex is in a unique position, probably a position that nobody else has found themselves in before. On the cusp of a World Cup, the huge breakdown in trust between him and the players was extremely dramatic, given the circumstances surrounding the four years [between World Cups] and the build-up, and the way that things unfolded," ESPNcricinfo quoted Morgan as saying.

"It's obviously not about performance with Alex. Alex is a fantastic player. That's never been discussed whether he's good enough to be in the squad or not," Morgan added.

However, Morgan believes that right-handed batsman can only return to the squad if he can build the on and off-the-field values of England.

"Playing cricket for England is about on and off-the-field values that we adhere to, or do our best to adhere to, and Alex showed complete disregard for them. If he can build them up that for as long as he can, then hopefully an opportunity will present itself down the line. But I think, given that it could have derailed a World Cup campaign, it might take some more time, yes," Morgan said.

"I've certainly spoken to Alex, and certainly see an avenue for him to coming back to playing cricket. But like in life and in any sport, I think when there's a breakdown of trust, the only healer in that is time," he added.

England became the first cricket playing nation to commence training for its players after been badly hit by COVID-19.

Currently, all the cricketing action across the world has come to a standstill due to the pandemic.