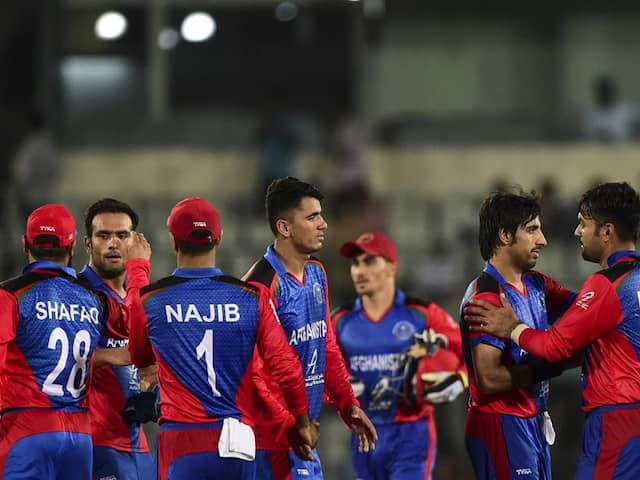 Afghanistan raced to a world record 12 successive Twenty20 international wins with a 25-run victory against Bangladesh on Sunday. With stellar performances from Mohammad Nabi and Mujeeb Ur Rahman, they beat their own record of 11 consecutive wins set in 2017. Mohammad Nabi smoked an unbeaten 84 off 54 balls under pressure to help Afghanistan post 164-6 before the 18-year-old spinner claimed career-best figures of 4-15 to help his team bowl Bangladesh out for 139 in their second match of the tri-nation T20I tournament in Dhaka.

Afghanistan started their winning streak in February 2018, when they defeated Zimbabwe twice in two days in Sharjah. They then whitewashed Bangladesh 3-0 in India before a 2-0 away series win against Ireland. They beat Ireland three more times before their two wins in the ongoing tri-series.

Having set a target of 164, Mujeeb took three wickets in his opening spell to reduce the home side to 32 for four before Mahmudullah and Sabbir Rahman put a little resistance with 58 runs for the fifth wicket.

Gulbadin Naib broke the partnership by removing Mahmudullah, who made 44 off 39 balls for Bangladesh before Mujeeb ended Sabbir's innings at 24 in his final over to surpass his previous best of 3-17 against Ireland.

Nabi, who was awarded man of the match, earlier helped Afghanistan recover from 40-4 with his fourth Twenty20 international fifty, which featured three fours and seven sixes.

He received great support from former skipper Asghar Afghan as the duo shared 79 runs in the fifth wicket stand.

Asghar made 40 off 37 balls after he was reprieved on 31 when Sabbir took a catch at the deep only for the reply to show that bowler Taijul Islam had overstepped.

Nabi and Asghar overshadowed the bowling heroics of Mohammad Saifuddin, who claimed a career best 4-33.

"It's a team effort. Bangladesh bowled brilliantly in the powerplay and that put the pressure on us. Me and Asghar planned well and in the last five overs the plan worked," said man of the match Nabi.

"I thought we were brilliant in the first 10 overs. They scored more than 100 runs in the last 10 overs, that cost us the game. We didn't play well with the bat to chase those runs," Shakib said after the match.

Both Bangladesh and Afghanistan won their respective opening match of the tournament against Zimbabwe.

Mujeeb Ur Rahman Cricket
Get the latest Cricket news, check out the India cricket schedule, Cricket live score . Like us on Facebook or follow us on Twitter for more sports updates. You can also download the NDTV Cricket app for Android or iOS.