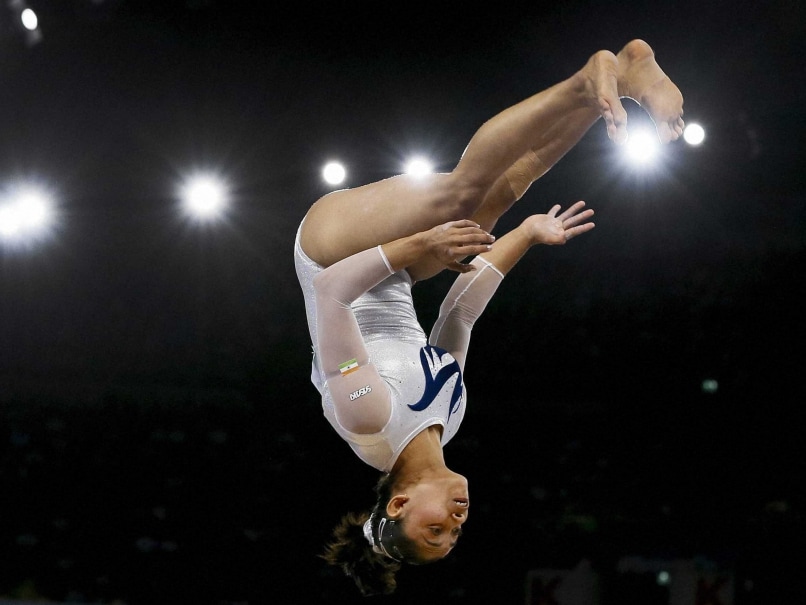 It was a cold and rainy day in Glasgow, but there were endless warm smiles among the members of the Indian contingent here, as many of them made history in their respective disciplines on Thursday evening. But there was one that was truly touching. (CWG Day 9 Updates)

Gymnast Dipa Karmakar, who made her way into the history books, by becoming the first Indian female gymnast to win a Commonwealth Games medal, and gold medal-winning wrestler Sushil Kumar, showed up forÂ  media interviews at the same time. While I was ready to roll my camera, the two athletes shared a pehle aap, pehle aap moment. (CWG Day 8 Wrap | Highlights | Results | Medal Tally)

It was Sushil's interview that I recorded first, and the compliment from the champion wrestler left Dipa beaming. Sushil's role in the current contingent has almost been like that of an elder statesman, and the compliments he showered on the young gymnast, meant a lot to 20-year-old Dipa.

"People used to think gymnastics is circus", says the Agartala girl, when asked if people in India have any idea at all about her sport and her achievement. "But that will change I hope," add Dipa. Â

Ashish Kumar's medals from the Commonwealth and Asian Games in 2010 didn't change much for Indian gymnasts. Fighting federations that led to de-recognition by the Sports Ministry, lack of funds, and no international tournaments in two years, meant the gymnasts got all of just three months' training before the Glasgow Games.

"With this little training I managed to get a bronze and I am happy with that, but I would've done better if we got more international tours", said Dipa.

There's no time for Dipa to celebrate though, as she and the other Indian gymnasts prepare for the Asian Games in Incheon in September. "I just want to speak to my parents once, it's very late in India now, so I will call them tomorrow, but I want their blessings", said the bronze medallist.

Dipa's achievement is an inspiration no doubt. And will hopefully make the authorities sit up and take notice, so that they can make the most of her milestone.

Comments
Topics mentioned in this article
CWG, 2014 Athletics
Get the latest updates on India vs Australia Series, check out the India vs Australia Schedule for 2020-21 and Ind vs Aus live score . Like us on Facebook or follow us on Twitter for more sports updates. You can also download the NDTV Cricket app for Android or iOS.